By Ali Elkin, Special to CNN 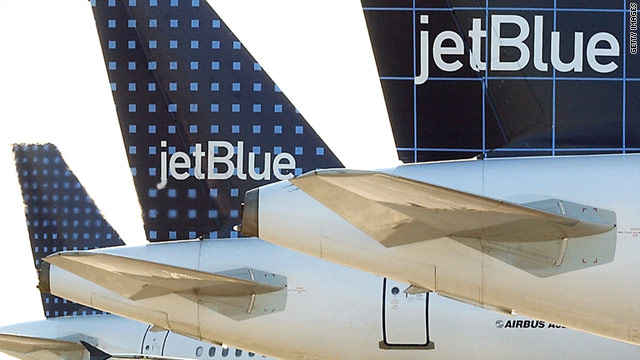 (CNN) -- JetBlue is making the driver's fantasy of levitating above traffic a reality in Los Angeles this weekend.

The distance between the two airports is a little less than 40 miles and is the airline's shortest ever flight, JetBlue spokeswoman Allison Steinberg said.

For more than 48 hours this weekend, a 10-mile section of Interstate 405 ("The 405" in local vernacular) will be closed for construction, allowing workers to demolish a bridge and add carpool lanes. The freeway, which links the San Fernando Valley to the coast, usually sees about 500,000 cars each weekend on the stretch of road that will be closed.

"405 freeway closure? We're so over it," JetBlue wrote on its blog.

JetBlue announced that the flights were sold out three hours after initially tweeting the deal.

The fare includes taxes and fees, except for possible unaccompanied minor fees or for checking an overweight or second bag, according to JetBlue's website. There will be two trips from each airport on Saturday afternoon and evening.

Steinberg said that this is deal was different from other special offers, which offer discounts on existing routes but don't add new ones.

"We've offered different sales and tied them into local events, but I think it's unique in the sense that we literally added a route with two flights for Saturday."