Top tips for great food and tango in Buenos Aires

Javier Doberti is CNN en Español's correspondent in Buenos Aires. Originally from Argentina, he also graduated from the University of Buenos Aires. Here, Javier shares his tips for enjoying a visit to Argentina's capital.

(CNN) -- Where would you take a loved one for an anniversary or other special occasion?

Tomo 1, a Buenos Aires classic, where food is the main focus -- far from the artifice of fashion and modernity. A comfortable environment, it's serious and without fanfare and it has become a special place for celebrations. It's common to see couples celebrating their wedding anniversary or groups of young businessmen eating there after a successful project. The menu is varied and of high quality, coming from one of the leading authorities in (Argentinean cuisine), the chef Ebe Concaro. The wine list is one of the best in town.

What's the best place to try to spot A-list celebrities?

There aren't too many celebrities around Buenos Aires. Local celebrities often go to restaurants in Palermo Viejo, a traditional old quarter of the city, that in recent years has grown with its trendy restaurants and boutique hotels. But international visitors who visit the city often go to Puerto Madero, where the celebrated restaurant at Hotel Faena is located.

Palermo is my favorite neighborhood because it has a bit of everything: the nostalgia and elegance of the tango, with the energy and vitality of modern places to eat.
--Javier Doberti, CNN correspondent
RELATED TOPICS

What is your favorite neighborhood and why?

Palermo is my favorite neighborhood because it has a bit of everything that makes the city attractive: the nostalgia and elegance of the tango, with the energy and vitality of modern places to eat. It's a great neighborhood to walk in or bike around. It's where young fashion designers have their shops. And on weekends they have clothing, food and music fairs on the streets and it's a traditional meet-up point.

In the evening it's taken over by young people who find a wide range of fun things to do there. And it was one of the places where Jorge Luis Borges lived and the setting for some of his stories. That's why one of the main drags in the neighborhood bears his name.

What is the biggest misconception about your city?

That everyone in this city knows how to dance tango and plays soccer. And that the only thing we always eat is steak, and would never choose another dish to savour.

Where do you go to relax?

The Delta del Tigre, on the outskirts of the city, is a great place to take a walk and is accessible by train or bus. It's where the Parana River flows into the Rio de la Plata through a number of streams. The lush vegetation and the silence of nature has led many folks to choose this place for their weekend homes. If you don't have your own boat, there are group boats to take you along the river. 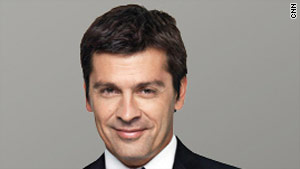 Where was your most memorable meal?

During the late 2001 crisis in Argentina, the country was literally in flames -- enraged protesters set fire to the palm trees on Avenida 9 de Julio, the main avenue in the downtown area.

There was rolling coverage throughout, so we had to order takeaway food to continue at work. And to alleviate hunger, there was the wonderful Argentine pizza -- the legacy of the Italian immigration of the early twentieth century. Our favorite pizzeria was always Los Inmortales, a historic place in this city -- a place that the legendary Carlos Gardel (an iconic Argentine tango star) would frequent.

Where can a visitor find good souvenirs?

One place tourists rarely miss on their way through Buenos Aires is the Caminito, a quaint seaside town of colorful houses in the La Boca neighborhood. It's near the famous La Bombonera stadium where locals go to see the Boca Juniors football team.

Caminito is where tourists traditionally get most of the souvenirs that they take back home. The vast majority have motifs related to tango and you can even pay for photos of tango dancers doing their seductive moves.

Where can you get the best view of the city?

The city of Buenos Aires has no highs and low points -- it's mostly flat so there is no place that works as a viewpoint. But the Plaza Mayor with its Casa Rosada, the seat of government, the Cathedral and the Cabildo (the government palace in Spanish viceroyalty times) make it a popular place for taking photographs.

The same goes for Puerto Madero, the last neighborhood built on land reclaimed from the city of Rio de la Plata, where restaurants, hotels and luxury buildings give it a unique look.

What's something to see that might not be on the radar?

Tourists often come to the city for tango and usually fall into the shows meant only for tourists. But for those who truly want more of this music they can find it in Las Milongas -- the place where the local dancers go to showcase their skills (far from the show lights).

That's where we get to know the true spirit of this genre -- where you can understand the sensuality of their dancing and appreciate the ability of the dancers because it's done without pretence.

It's not all about professional dancers, but rather those who work at other jobs during the week, but they love this dance and keep true the essence that made it famous throughout the world.