What do airline alliances mean for you? 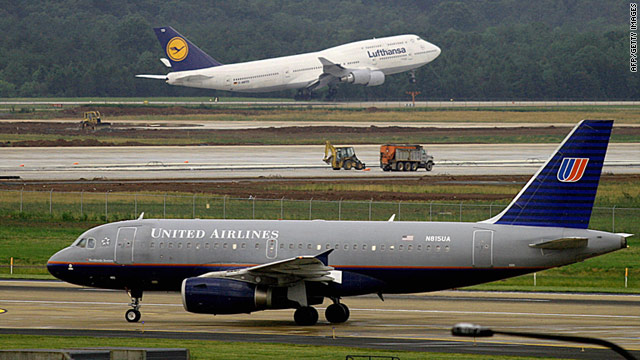 (CNN) -- The airlines love to tout their participation in one of the "Big Three" airline alliances as being great for consumers. While there are some benefits, the alliances are far from providing a truly seamless experience for travelers. For less frequent fliers, the benefits are slim to none.

If you fly a fair bit, you've certainly heard about the alliances. The largest, Star Alliance, is led by United in the United States with US Airways also participating. American leads oneworld and Delta anchors SkyTeam. What's the point of an alliance? According to Star Alliance, it's to "offer customers worldwide reach and a smooth travel experience."

That sounds pretty fluffy, but the alliances have been somewhat successful in that regard. At a basic level, alliances at least allow members of one frequent flier program to earn and redeem miles on all other partner airlines. If you're an elite member of that program, then you get benefits at all other alliance airlines as well. Unfortunately, the benefits aren't consistent with what you might expect on your home airline.

Someone with a basic level of elite status (premier) on United, for example, will get priority boarding and security along with access to Economy Plus seats with more legroom when flying United. A basic elite member of any other Star Alliance airline, however, gets none of that when flying United. All that person gets is priority standby and waitlisting for flights that are full.

Benefits for higher status levels, including lounge access and priority boarding, line up more closely across airlines, but it's still not perfect. Only United's elites, for example, get access to Economy Plus without charge. Even if you're elite with close partner Lufthansa, you'll still have to pay extra for that premium seat on United.

As we've discussed here before, the biggest benefit of being an elite member with an airline has always been the upgrade. And that's an area where these alliances fall far short. You can use miles to upgrade on some airlines in Star Alliance and SkyTeam, but that's permitted only with full fare tickets, which can run thousands of dollars. A quick search at the airline's website will often come up with cheaper business class tickets. If you're a oneworld flier, then there are no reciprocal upgrades between airlines.

Who cares about expiring miles? It's upgrades that matter

What else can you expect by flying within one alliance? Connections between airlines should theoretically be easier. In some major airports like London/Heathrow and Tokyo/Narita, the alliances have created single terminals that handle most alliance operations. So if you do in fact connect between airlines, say United and All Nippon in Tokyo, you won't find yourself trekking across the airport.

But this benefit is limited at best. Try connecting between Star Alliance members Air New Zealand and United in Los Angeles or even between oneworld members American and British Airways at New York's John F. Kennedy International Airport. You'll have to leave security and switch terminals. In fact, if you're at JFK, you'd be better off connecting between oneworld member British Airways and Star Alliance member United, because they actually share a terminal.

There have been ambitious plans for tighter cooperation but none seem to get off the ground. There was an effort at Star Alliance, for instance, to get alliance members using the same computer reservation system. This would allow travelers to have a single reservation number that could be accessed by all airlines. That plan fizzled when some airlines, including United, decided to go with different systems.

The bottom line: Alliances offer some benefits for frequent fliers, but the benefits for everyone else are minor at best. Some people assume that airline codesharing, when airlines sell flights operated by partners as their own, is an alliance benefit. It's not, and there's plenty of argument around whether codesharing is a benefit at all (more about that in a future column).

When airlines decide to codeshare it often happens between alliance members, but that's not a hard rule. Some airlines like Alaska and Hawaiian codeshare with a variety of different airlines across alliances.

Airlines may love to publicize the alliances they form, but in the end, these have little benefit for the average traveler. The benefit for the frequent flier is greater, but there's still a long way to go before the experience is truly cohesive. I'm not sure they'll ever get there.