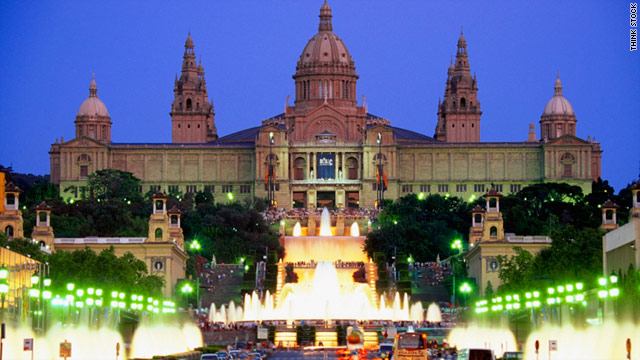 (CNN) -- Barcelona, Buenos Aires and Miami top a list of 29 cities that attract single men on the go.

The cities on the list, compiled by the editors of AskMen.com, were considered for factors from the cost of a pint of beer and a cab ride to culture, weather and food. Various aspects of the social scene also proved a dominant factor.

From scouting out sports to nightlife, today's single men are looking for an all-encompassing adventure, editors said. Not surprisingly, women are a factor as well.

The rest of the top 10 (out of 29) included New York City, London, Seoul, Paris, Melbourne, Bangkok and Las Vegas. Las Vegas and Bangkok have both been the setting for popular guy films "The Hangover" and due out at the end of May, "The Hangover 2."

Sports are often a factor for single male travelers and not all the top spots are domestic. While New York's Yankee Stadium is the second most popular "arena" destination, Barcelona's Camp Nou, Mexico City's Estadio Azteca and London's Wembley Stadium beat out sports meccas like Chicago's Wrigley Field, which is not mentioned.

As for single men wanting to journey into the land of (available) women, Bangkok, Miami and Tel Aviv received the highest score, all netting a 9.47 out of 10.

"Explorability" is also a key factor for traveling single men. They are looking to discover new places outside of the expected, including Tangier, Morocco; Punta del Este, Uruguay; Tallinn, Estonia; and Istanbul, Turkey.