Peanuts on planes protected by law 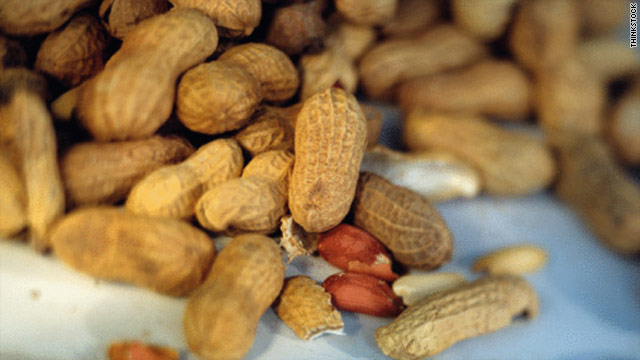 (CNN) -- Packets of peanuts are in no danger of disappearing completely from airplanes. In a nutshell, there's a law protecting them.

Last year, the Department of Transportation asked the public about a possible peanut ban on planes and other measures it said it was considering to address severe allergies among fliers.

It presented three options for debate: a complete ban on serving peanuts on planes, a ban on serving them when a passenger requests a peanut-free flight in advance, or a requirement for peanut-free buffer zones around severely allergic passengers who make advance requests.

The agency also solicited public input on health risks and the idea of maintaining current practice.

But when the new rules concerning issues from airline fees and bumping to tarmac delays were announced Wednesday, the department said it won't take on the peanut issue because of a 12-year-old law blocking the agency from tampering with peanut policy without more scientific study.

It seems the agency was hoping the climate was right for change. It cited the law in the original proposal in June when it asked the public to weigh in, adding, "this specific congressional ban on our involvement in this issue has not appeared recently in any legislation" before outlining possible alternate peanut policies for airlines.

The department said Wednesday that it wasn't proposing regulations but wanted to give the public an opportunity to comment on whether a peer-reviewed study should be conducted.

Although the government can't impose peanut restrictions for airlines, some carriers have developed their own policies for allergy sufferers. Some no longer serve peanuts and may create peanut-free buffer zones. But Delta, American and other airlines note on their websites that they can't guarantee peanut-free flights.

That lack of certainty had allergy sufferers and parents with children with peanut allergies weighing in enthusiastically in support of a national policy banning peanuts on planes.

"My 6 year old has severe peanut and tree nut allergies and I am very fearful to put him on a plane," Donna Marie Noga wrote in a comment posted on regulations.gov, a site tracking federal rules, proposed rules and public comments.

More than 2,100 comments were logged in response to all of the passenger protections presented, "the vast majority of which were related to the proposal to address peanut allergies in air travel," according to a Department of Transportation summary of comments.

Most of the comments on peanuts were from consumers who favored a total ban, according to agency documents. Peanut trade groups were against a ban, as were some airlines and airline industry groups.

But it seems the agency was out of bounds with its peanut planning.

Less than three weeks after the department posted its policy considerations in June, it issued a clarification citing the 1999 law with the conclusion, "we will comply with this requirement."

The final rule issued Wednesday echoes that sentiment. So, no relief for peanut allergy sufferers in this round of passenger protections.

The final rule announced Wednesday is available at the regulations.gov website, docket DOT-OST-2010-0140.

What do you think? Nuts or no nuts? Share your comments below.