DOT to airlines: No hidden fees 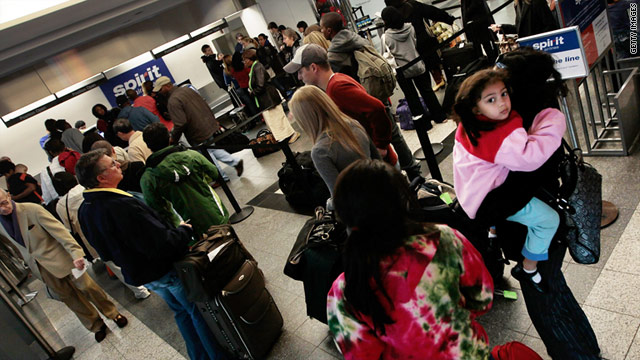 New passenger rights will require airlines to display all potential fees and taxes on their websites.
STORY HIGHLIGHTS

The Department of Transportation issued a second set of rules Wednesday to address a litany of passenger gripes, including the bane of modern air travelers' existence: hidden fees for bags, meals, pillows and reservation changes.

The new rules, which will take effect in 120 days, require airlines to prominently disclose all fees and taxes on their websites. It also increases compensation for passengers who are involuntary bumped, limits "tarmac delays" for international flights to four hours and makes other pro-consumer changes.

"We're trying to look out after passengers who, in some instances, have been treated pretty shabbily," Transportation Secretary Ray LaHood said.

Passenger rights advocates, who lauded the proposed rule, are likely to be happy with the final rule.

"We are ecstatic about the job that the Department of Transportation is doing," said Kate Hanni of FlyersRights.org. "They have taken on airline passenger rights in a way that no other administration has. And this is really ground-breaking for airline passengers. The fact that they're passing meaningful regulations... is just a miracle."

Hanni said the changes exceed those made in the 2009 airline passenger rights rule, which was prompted by a flurry of lengthy tarmac delays that put a national spotlight on passenger discontent.

In a nutshell, the new rules:

-- Require full disclosure of additional fees. Airlines must prominently disclose all potential fees on their websites, including fees for baggage, meals, canceling or changing reservations, or advanced or upgraded seating. Airlines and ticket agents must refer passengers to baggage-fee information, and must include all government taxes and fees in every advertised price. Previously, taxes and fees were not required in the up-front fare quotes.

And soon to come: the DOT says it will propose that all fees be displayed at ticket counters and other points of sale.

"So if you check a bag, they charge you $25, they lose your bag, you get reimbursed," LaHood said.

Some 2 million bags were lost, damaged or delayed in 2010, a rate of 3.57 per 1,000 passengers, the Department of Transportation said.

-- Increase compensation for bumping. The rule doubles the possible compensation for passengers involuntarily bumped from an oversold flight. Currently, bumped passengers are entitled to compensation equal to the value of their tickets, up to $400, if the airline is able to get them to their destination within a short period of time, or up to $800 for lengthier delays.

Under the new rule, bumped passengers subject to short delays will receive up to $650, while those subject to longer delays would receive payments up to $1,300. Inflation adjustments will be every two years.

The final rule announced Wednesday is available at the regulations.gov website, docket DOT-OST-2010-0140.