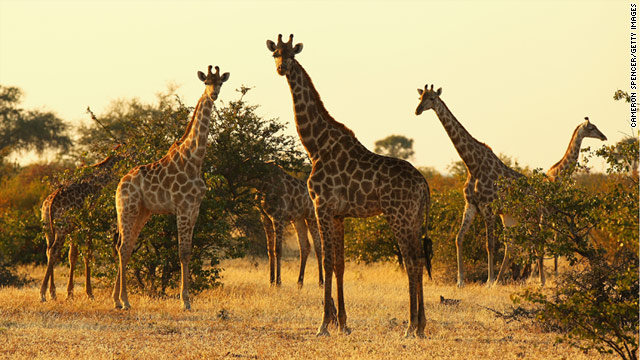 (Budget Travel) -- Game drives and the Big Five -- pulling off a classic African safari is easier (and cheaper) than you might think.

Africa's a big place. How do I decide where exactly to go?

To the uninitiated, planning a safari can seem daunting, but it doesn't have to be.

Wildlife excursions are largely confined to eastern and southern Africa, where the Big Five (lions, leopards, rhinos, elephants, and Cape buffalos) converge. Within those regions, there are some basic rules that help distinguish the kind of experience each country offers.

On the approachable end of the spectrum, Kenya and South Africa are among the easiest-to-navigate nations in Africa. Both have well-developed tourism infrastructures with accessible parks, plush lodges, and plenty of flights and outfitted trips, so safaris there tend to be simple to arrange and comparatively cheap.

On the more adventurous side, Tanzania and Uganda in the east and Botswana and Zimbabwe in the south offer more rugged, unique experiences and fewer crowds, although generally at a higher price.

Once you decide which type of adventure you'd prefer, it seriously helps to zero in on specific trips by tapping a safari-savvy travel agent. Travelhub.com has a robust database that lists hundreds of travel agencies, and it allows you to search specifically for safari specialists.

How much can I expect to pay? 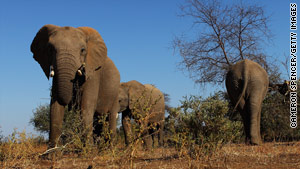 Elephants walk around and eat foliage at the Mashatu Game Reserve.

Regardless of how you do it, safaris don't come cheap. A weeklong trip is typically at least $4,000: Guided safaris start at roughly $250 per person per day -- and that's before you've paid for airfare to Africa. International flights aren't usually included in safari packages and typically cost $2,000 or so.

That said, there are some strategies that help keep prices relatively low. Booking your initial flight through an Africa-focused ticket consolidator, such as Premier Tours or Magical Holidays (800/228-2208) can save you up to 30 percent. Also, if you don't mind a little rain, you can cut the cost of lodging in half by traveling during the wet season, from November to March.

The Mara Serena Safari Lodge in Kenya's Maasai Mara reserve, for instance, charges $260 for a double room in early December and $600 for that same room during the peak July--October period. Also, storms are brief and usually limited to the afternoon.

"Personally, I think you're missing out if you never see a rain shower in Africa -- they're spectacular," says Bill Given, a biologist and researcher at the Denver Zoo who also guides custom safaris for his company, The Wild Source. "The worst that happens is you get a little wet and wind up spending a few hours indoors watching a powerful display of Mother Nature."

Finally, make sure to read the fine print. Much like an ocean cruise, a safari with a higher price tag may end up being cheaper than one that costs less up front but requires paying extra for one-off experiences as you go. Upgrades such as traveling in a private group, visiting private game reserves, and hopping around on charter planes will quickly ratchet up costs, sometimes to the tune of $1,000 a day.

And those splurges don't always pay off: "You don't necessarily get better wildlife experiences by spending lots of money," Given says. "At some point, the steep rates are because the lodge has a spa and you're eating gourmet, six-course meals."

15 Places Every Kid Should See Before 15 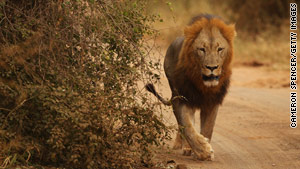 How do I find a good outfitter?

Bottom line: It's all about your guide. "That person will absolutely make or break your trip," says Peter Allison, who chronicled his own adventures in "Whatever You Do, Don't Run: True Tales of a Botswana Safari Guide."

"A good guide will not only point out where the lions are, but will also teach you how to listen to calls, follow tracks, and spot that lion tail in a field of tall grass."

Allison recommends looking for outfitters that specifically tout the expertise of their trip leaders. Fodor's The Complete African Safari Planner, which lists descriptions of 24 reliable agencies, is a good place to start. When you speak to the company representatives, don't hesitate to ask about the strength of individual guides, and be sure to request references.

Finally, because animals move based on migratory and weather patterns, a good safari operator will adjust itineraries throughout the year to maximize wildlife sightings. Consider it a red flag if a company offers the exact same trips year-round.

Any other general tips?

Focus on the experience, not your photo album. If your head is behind a lens the whole time, you may not be able to take in the bigger picture.

Also, don't have unrealistic expectations about the number of animals you'll see. "Some novices expect every plain to be carpeted with cheetahs chasing gazelles," Allison says.

You're not on a Discovery Channel show; it's a vacation. So keep an open mind and remember that every animal has its charms, from warthogs ("possibly the only animal that looks better from the back than the front," Allison says) to zebras ("no less fantastic-looking than unicorns"). 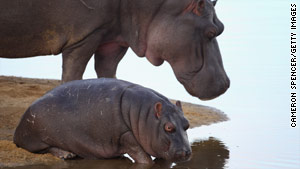 Hippopotamuses relax on a sand island in the Edeni Game Reserve in South Africa.

FIELD ETIQUETTE 101: The Do's and Don'ts of Life in the Bush

Do blend in. Now is not the time for tie-dye. Stick to muted brown, khaki, and light green clothes when spotting wildlife. That said...

Don't wear camo. In Africa, it's associated with the military -- often negatively. You're a tourist, not G.I. Joe.

Do pack soft-sided luggage. Hard-shell bags are typically packed at the bottom of the pile in buses and Jeeps, and they're the last to be unloaded.

Don't wear cologne or perfume. The animals will smell you from miles away and keep their distance. Polo Sport has its place -- but it's not on safari.

8,000 Approximate number of wildebeests born each day in Tanzania's Serengeti National Park, from December through March

29 Number of elephants per square mile at Botswana's Chobe National Park -- some 120,000 in all