No more free pretzels on Continental

by Danielle Paquette, Special to CNN 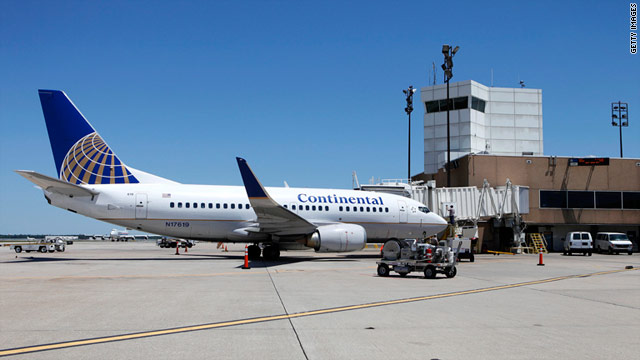 (CNN) -- What are iconic and twisted and no longer free? Pretzels aboard some Continental Airlines flights.

Continental stopped serving complimentary snacks to passengers flying coach on domestic routes this week. The change is consistent with the carrier's merger-partner United Airlines' policy of food for purchase.

"We are removing beverage snacks -- pretzels and Biscoff [cookies] -- in an effort to reduce costs and align ourselves with many of our network competitors," Continental representative Andrew Farraro said.

Continental expects the pretzel and cookie cut could save $2.8 million annually.

The move comes after some domestic airlines, including American and US Airways, have already dropped free in-flight treats. Delta, JetBlue, Airtran and Southwest still offer freebies.

Delta, the last major legacy airline to provide them, has no plans to downsize its snack system.

"We believe complimentary snacks are an appropriate component to the flight," Delta representative Chris Kelly Singley said. "There are no plans of changing that right now."

Raymond Kollau of Airlinetrends.com said the once-popular "free snack" is no longer a travel staple or airline standard.

"Continental's move is just another sign of legacy carriers reducing amenities in order to shave off a bit of their costs in an industry with cutthroat competition and razor-thin margins," he said.

Rather than spending millions on reintroducing free in-flight food on United flights, Continental is staying consistent with its merger-partner and creating room for profit with snack packs starting at $3.95 on coach flights, he said.

"For passengers, it means another 'full-service' airline that eliminates even the most basic amenities," Kollau said. "Of course, passengers won't walk away from Continental because their free snack has gone, but what is left of their sympathy for the airline is disappearing fast this way. Although a small service, I think the free snack is quite valued by passengers."

"It's to be expected when the price goes over $3 a gallon," he said. "They're going to be doing whatever they can. I don't know what they'll cut next, but I'm sure they'll find something."

"We're talking about a bag of pretzels here," he said. "I call that litter in the seat back pocket."