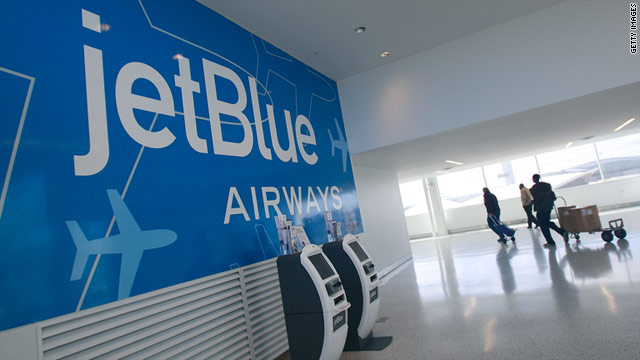 Three box cutters were found on a JetBlue flight Saturday. The TSA said the officers involved will be disciplined.
STORY HIGHLIGHTS
RELATED TOPICS

(CNN) -- The Transportation Security Administration is facing criticism after three box cutters were discovered aboard a JetBlue flight at New York's JFK airport on Saturday.

The tools, like those terrorists wielded in the 9/11 attacks, tumbled from a man's carry-on as he was stowing it in an overhead compartment on Flight 837 to the Dominican Republic, according to a New York Post report.

A flight attendant alerted the captain, who contacted the Port Authority Police. Officers also notified the Joint Terrorism Task Force and the FBI.

A Port Authority source expressed anger over the incident to the New York Post.

"In case anyone has forgotten, the TSA was created because of a couple boxcutter incidents," the source told the newspaper.

"TSA takes this very seriously, and appropriate disciplinary action and remedial training will occur for the officers involved," the agency said in a statement.

Additional security layers -- including the possible presence of armed federal marshals, armed pilots and flight crews trained in self-defense -- are designed to prevent someone from causing catastrophic damage with small cutting devices, the statement said.