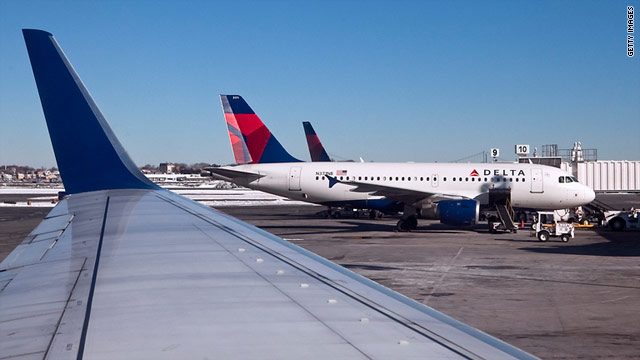 Nefissa Yesuf, who was scheduled to fly from Atlanta to Dulles Airport in Chantilly, Virginia, on Sunday, allegedly received someone else's boarding pass from a Delta Air Lines employee.

She landed in Charlotte, North Carolina, after airline and airport employees failed to catch the mix-up.

"We got a phone call at 4:30 from the airport saying, 'Your grandmother was in baggage claim. Where are you guys?' " Melika Adem, her granddaughter, told CNN affiliate WUSA 9. "She was crying."

Adem told WUSA that Delta gave her grandmother someone else's ticket. An airline employee wheeled Yesuf through security in a wheelchair with the wrong ticket, WUSA reported.

Delta is also investigating how Yesuf inadvertently slipped through the system, an airline representative said.

She reunited with her granddaughter Sunday evening.