Continental to get United's roomier seats 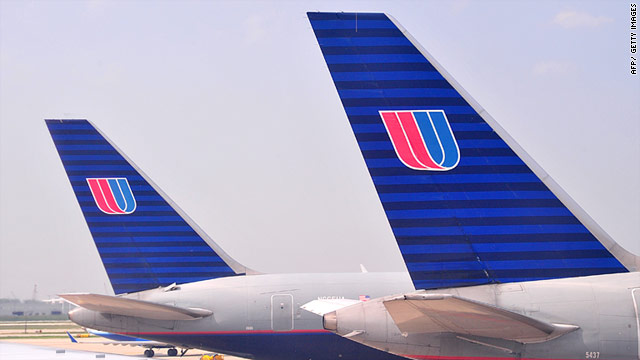 Many air travelers worried that United's popular Economy Plus seats would be eliminated after its merger with Continental.
STORY HIGHLIGHTS
RELATED TOPICS

(CNN) -- In a move that's getting thumbs up from many air travelers, United Airlines has announced it is keeping its Economy Plus seats on United flights and expanding the option to Continental planes next year.

"Customers who sit in Economy Plus are significantly more satisfied with their travel experience," said Jim Compton, chief revenue officer of United Continental Holdings, in a statement.

Some air travelers began to worry about the fate of the program after United merged with Continental Airlines in October -- a move that created the world's largest airline, with the former CEO of Continental heading the new combined company.

Introduced in 1999, Economy Plus offers up to 5 inches of extra legroom to fliers sitting in the front of the coach class cabin. United tempts travelers to book it with the slogan "because more space is soooo worth it."

United's most frequent fliers can get the roomier option for free, while passengers without elite status may book them if they pay extra. (Fees start at $9 one way for shorter flights but can go up to about $100 on international flights.)

Continental also offers passengers the chance to buy seats with extra legroom, but not to the extent of the Economy Plus program.

So fans of United's option welcomed this week's announcement with relief.

"Finally there's a positive thing we can look forward to after the merger," wrote frequent flier Ben Schlappig on his blog One Mile at a Time.

"This is great news for lower-tier elites that fly lucrative routes where they rarely get upgraded."

Someone flying 25,000 miles a year, for example, may not have enough points to be upgraded to the first-class cabin but could snag an Economy Plus seat and "is better off in back on United with extra legroom than on other carriers," wrote frequent flier Gary Leff on his blog View from the Wing.

The program generates a lot of loyalty from travelers, Schlappig also noted.

United is staying mum about whether Economy Plus will be installed at the expense of existing first-class or economy-class seats.

"This is yet to be decided. It's an important decision, especially for our domestic fleet, and one we're putting a lot of thought into," said Scott O'Leary, managing director of customer solutions at United Airlines, in an online message to fliers.