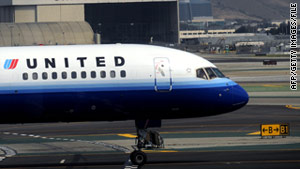 The grounding meant that some of the airline's flights would be canceled or delayed Tuesday night and Wednesday, spokesman Rahsaan Johnson said.

Johnson, who said the checks have already begun, said the procedures takes about 60 to 90 minutes per aircraft and that the airline should be ready to return to full service within the next 12 to 24 hours.

The Federal Aviation Administration said United's action involves its compliance with an airworthiness directive issued in 2004 that required a modification to the air data computer system to ensure that flight crews would be able to stop an overspeed or stall warning that sounded in error.

"This is a voluntary action on United's part, and we will follow up as necessary," said the FAA's Laura Brown.