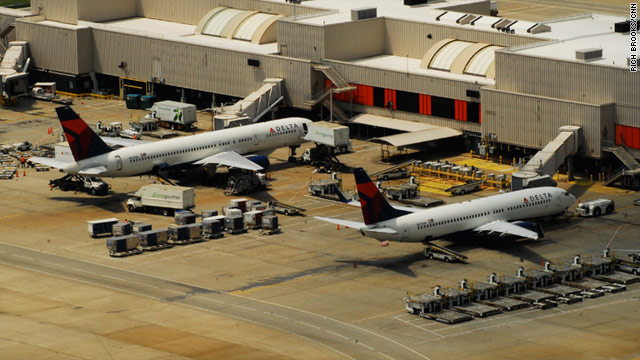 (CNN) -- Feeling crowded at the airport and on your flights? Get ready to have even more company when flying.

Air travel in the United States is expected to more than double in the next 20 years, according to the Federal Aviation Administration's annual forecast released on Tuesday.

It also predicts U.S. airlines will carry 1 billion passengers a year by 2021, a milestone that will come two years earlier than previously thought. (To put that number into perspective, about 712 million passengers flew on domestic carriers in 2010.)

The FAA says those predictions show how vital it is for the development of "NextGen" -- the agency's upgrading of air traffic control systems -- to stay on track.

"Only a modernized air transportation system will be able to keep up with our forecasted demand," FAA Administrator Randy Babbitt said in a statement.

When fully implemented, NextGen will allow more planes to fly more closely together on more direct routes, reducing delays, carbon emissions, fuel consumption and noise, the FAA promises. Without it, there will be gridlock in the skies, the agency warns.

The demand for air travel is growing on a global scale, too.

There will be 3.3 billion air travelers by 2014, according to an International Air Transport Association forecast released this week. That's 800 million more than the number of passengers who flew on the world's major airlines in 2009.

China will produce most of the new travelers, the association says.