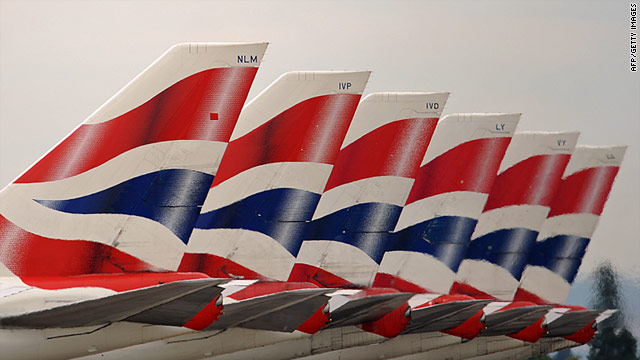 British Airways' cabin crew employees voted Friday to go on strike for the fourth time in the past 13 months.
STORY HIGHLIGHTS
RELATED TOPICS

Nearly 79 percent of crew members, who are represented by the union Unite, backed the move. They did not indicate when the strike would occur.

BA's cabin crew employees, embroiled in an ongoing wage dispute, have now voted to go on strike four times in the past 13 months, according to Len McCluskey, the incoming union chief.

"Surely BA management must now wake up and listen to the voice of its skilled and dedicated employees," McCluskey said. "This dispute will be resolved by negotiation, not litigation or confrontation, and it is to negotiation that BA management should now apply itself. We are ready."

"We urge Unite to return to the deal we negotiated, which guarantees pay rises for the next two years and secures terms and conditions for our existing crew that are the best in the UK industry," the statement read.

"This U-turn reflected the union's deep-seated internal divisions (and its) dysfunctional relationship with its crew branch. ... It is time for Unite to listen to the majority of crew and to its members in other parts of the airline, who want an end to this dispute."

British Airways is currently in the process of completing a merger with Spanish airline Iberia.