How many pages are on the internet? 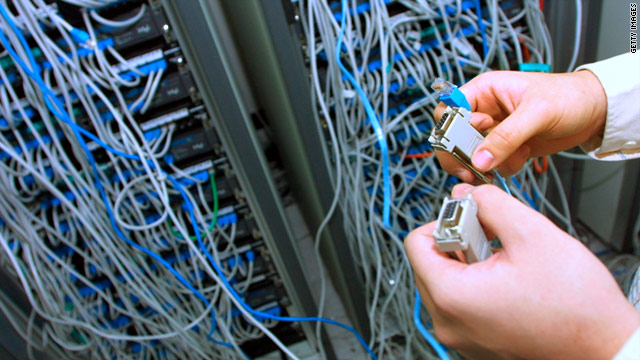 The World Wide Web Foundation is trying to measure the scope of the internet with a new project called the Web Index.
STORY HIGHLIGHTS
RELATED TOPICS

But no one really knows how many websites or individual Web pages make up this seemingly infinite digital universe that is the internet.

Kevin Kelly, a founder of Wired magazine, has written that there are at least a trillion Web pages in existence, which means the internet's collective brain has more neurons than our actual gray matter that's stuffed between our ears.

"The Web holds about a trillion pages. The human brain holds about 100 billion neurons," Kelly writes in his 2010 book "What Technology Wants."

"Each biological neuron sprouts synaptic links to thousands of other neurons, while each Web page on average links to 60 other pages. That adds up to a trillion 'synapses' between the static pages on the Web. The human brain has about 100 times that number of links -- but brains are not doubling in size every few years. The global machine is."

Well, at long last, an answer may be coming.

A group called the World Wide Web Foundation -- appropriately founded by Tim Berners-Lee, who pretty much created the internet -- is on a quest to figure out, with some degree certainty, how big the internet really is.

With a $1 million grant from Google, the foundation plans to release the results of its online forensic search, called the World Wide Web Index, early next year, the foundation's CEO, Steve Bratt, said in a recent interview.

Here's how the foundation described the project in an e-mail to CNN:

"The Web Index will be the world's first multi-dimensional measure of the Web and its impact on people and nations. It will cover a large number of developed and developing countries, allowing for comparisons of trends over time and benchmarking performance across countries."

Bratt stressed that it won't answer every question people have about the internet, but he hopes the index, which will be presented as a series of annual reports, will go a long way toward filling in some of the gaps.

"We want to be really careful about what will happen (as a result of the Web Index) because we just don't know," he said. "But this will be probably the best opportunity to quantify" the Web.

So, what kind of tools does one use to try to measure the internet? Certainly not yard sticks and rulers, right?

Bratt said the Web Foundation will conduct surveys of internet users, interview relevant people and try to gather data from internet service providers, national governments and search engines such as Google to come up with its findings.

In addition to looking at how big the Web is, the group wants to use data to tease out the role social media sites had in sparking revolution in the Middle East this year. And it wants to find out what kinds of websites people all over the world are looking at; what websites exist; and how internet trends differ from country to country and region to region.

The International Telecommunications Union digs into some similar questions, publishing reports on the number of internet users in various countries and how fast connections are around the world (South Korea is by far the fastest, in case you were wondering. The United States is super-slow in comparison).

Bratt said the Web Foundation's work will supplement, not replace, what the ITU does.

The foundation is starting work on the Web Index soon and is still seeking funding for the project, he said. The first of five annual reports will be available early next year, the group says.