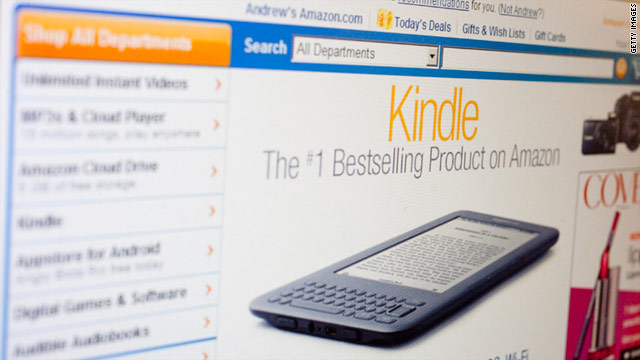 (CNN) -- Amazon is considering a Netflix-like service that would let people pay an annual fee to get book "rentals," according to a published report.

The Wall Street Journal on Monday said the company has reached out to publishers but that it's unclear whether the idea has much chance of catching on.

Quoting "people familiar with the matter," the Journal said some publishers worry that such a service would cut down on the number of people buying books and hurt their relationships with other distributors.

According to the sources, Amazon has told publishers that it's creating a digital library of older books. It would be available to customers of Amazon Prime, the company's premium membership service that offers fast shipping of movies and TV shows.

Amazon is, of course, the maker of the popular Kindle e-reader which, presumably, would be the primary delivery service of any digital book service.

But the news also comes as Amazon is reportedly primed to release a tablet computer.

Expected in the next few weeks, Amazon's tablet could become the most popular computer in the field running Google's Android operating system, analysts say.

While Apple makes most of its money selling its hardware, Amazon is able to sell hardware, like the Kindle, cheaper, knowing it will make money on the back end with book sales and the like.

Which would presumably make a digital library of titles an attractive offering -- if they can get publishers to play ball.