A day early, a sneak peek at Firefox 6.0 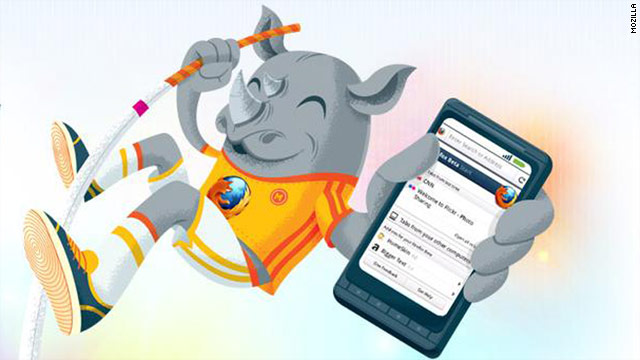 Mozilla's Tuesday release of Firefox 6 is part of an accelerated release schedule for its popular browser.
STORY HIGHLIGHTS
RELATED TOPICS

(CNN) -- Firefox 6, the newest version of Mozilla's popular Web browser, is set to be released Tuesday. But some savvy Web folk have snatched it up early and are describing the features that are on the way.

Code for the upgrade was available for those who knew to look for it on Mozilla's FTP server days before the official release.

For its part, Mozilla was discouraging people from downloading the code, saying doing so puts stress on its FTP site and slows the process of the full release.

The early word from those who have grabbed the new Firefox? The changes are incremental, but could be significant for particular users.

Tech blog Engadget says there's not much in the way of a new look.

"If you're looking for a major facelift to the desktop edition, you won't find one here -- most of the new features aren't cosmetic," writer Christopher Trout said in a post Monday. "Perhaps most visibly, you'll find the domain name of the page you're parked on highlighted in the address bar."

Multiple folks who had played with the new version on Monday noted the following:

• Increased support for HTML5, the evolving Web-coding language that some believe could supplant, or at least post a strong challenge to, Adobe Flash.

The release is part of Mozilla's new rapid-fire approach to updating Firefox. Firefox 5 was officially rolled out in June and its predecessor, Firefox 4, came out in March.

As Firefox 6 rolls out officially Tuesday, version No. 7 will already be moving into beta testing.