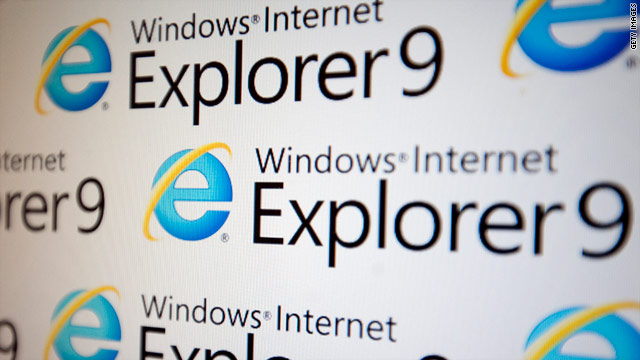 A survey last week that suggested Internet Explorer users have lower IQs than other Web users appears to be a hoax.
STORY HIGHLIGHTS
RELATED TOPICS

(CNN) -- A report claiming Internet Explorer users scored lower on IQ tests than users of other Web browsers turns out to have been an elaborate hoax.

The report, supposedly based on a survey of 100,000 Internet users, was released last week by what appeared to be a Vancouver-based, Web-consulting firm called Aptiquant.

But the BBC reported Wednesday that readers raised questions about the authenticity of the study.

Staff photos and information on the Aptiquant website -- a fully developed portal that includes contact information, previous press releases and studies, and a supposed history of the company -- appear to have been lifted from the website of a French Web development firm, Central Test.

"Central Test noticed the fraudulent use of its identity by Aptiquant, a Canadian company and deny any direct or indirect link with the above mentioned company," the company said in a post on its site Wednesday

The post said Central Test is investigating and reserves rights to pursue legal action against whoever lifted the photos.

CNN.com's story pointed out that the report was not scientific, that the results posted online did not provide specific score numbers and that the whole survey "smacks of a little good, old-fashioned Microsoft hate."

"I think most people just assumed that the research's findings were dubious or unscientific, but it turned out the website was a sham too," said Graham Cluley, senior technology consultant with Web security firm Sophos.

Later Monday, after reports of the apparent hoax began circulating, a message on the supposed company's website confirmed it.

"Ok, now that the cat is out of the bag, I agree that this study was a total hoax," read the post. "There is no company called AptiQuant, and not [sic] such survey was ever done."

The post goes on to apologize to Central Test and if the report "hurt anyone's feelings."

It urges people to upgrade from old versions of Internet Explorer and then posts a link to a "comparison shopping site" that the writer says is his or her real project.

Cluley said the Aptiquant website appears to have been created on July 14 and that a physical address in Vancouver that the firm lists appears to be phony as well. The company's site claimed it was founded in 2006.

"It's obviously very easy to create a bogus site like this -- as all phishers know it's easy to rip-off someone else's webpages and pictures," Cluley said in an e-mail to CNN.

He said he checked out the PDF file of the report and it does not contain viruses or other malware.

On Wednesday, no one was immediately returning messages to the e-mail addresses listed on the Aptiquant website.

Cluley had speculated the hoax could have been pulled off as "performance art," by "someone who has a grudge against IE" or "a mischief maker who gets a laugh out of all of this."