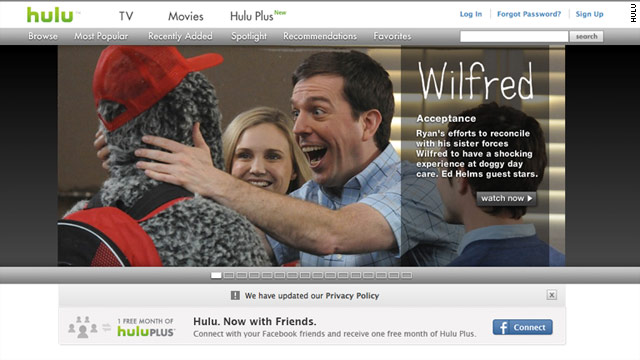 The Hulu rumor mill has been heating up over the past few days.
STORY HIGHLIGHTS
RELATED TOPICS

(Mashable) -- Apple could be considering a purchase of popular online video service Hulu, according to "two people who weren't authorized to speak publicly."

The two sources spoke with Bloomberg, calling the negotiations "early talks that may lead to an offer for Hulu."

The Hulu rumor mill was already heating up over the past few days -- we reported about a bidding war for Hulu, which is shopping itself around to potential acquirers after deciding not to go through with a $2 billion IPO.

Sweetening the deal is a promise of five years of programming for Hulu's highest bidder, including two years of exclusivity for the programming on Hulu, consisting of content from the Walt Disney Company, News Corp. and Comcast's NBC Universal.

While Microsoft is reportedly not interested in a second round of bidding for the online video company, Yahoo is still in play.

Business Insider reported on Tuesday that the price for the premium online service could reach $2 billion.