Making it harder for ads to track you online 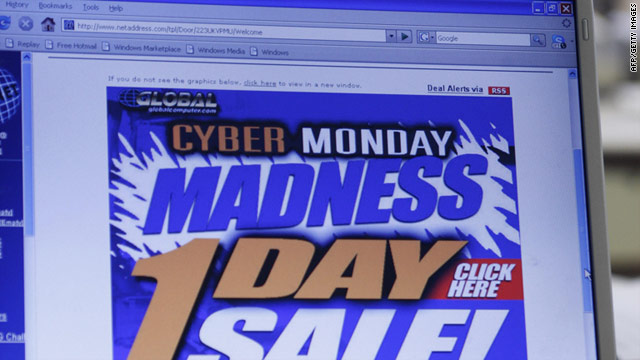 Many advertisers and websites collect users' browsing information and try to tailor ads to their interests.
STORY HIGHLIGHTS
RELATED TOPICS

(CNN) -- What's the best way to let advertisers know you don't want to be tracked online?

As companies gather, and sell, information about people's Web activity, more users are asking that question. And so are governments, ad giants and startups looking to capitalize on a gestating shift in the industry.

Data collection for the purpose of tailoring ads to each visitor, a process called "behavioral targeting," has exploded in recent years. Now, several initiatives are jockeying to become the standard way by which people can opt out of Web-advertising systems that log browsing history.

So far, online ad agencies and their Web-publisher clients have operated without many restraints. Yahoo, for instance, automatically tells 75 different third-party services when a person has landed on its home page, and Microsoft's MSN.com, another portal, transmits similar information to 41 third-party databases, according to independent research conducted by privacy-software firm Disconnect and reviewed by CNN.

News sites like CBS' CNET.com sends info to 46 third parties, and the Walt Disney Company's Go.com, which hosts ESPN.com, alerts 41, according to this data, compiled by Disconnect founder Brian Kennish.

"In recent years, many players have entered the behavioral targeting space," wrote researchers from NYU and and Stanford University in a recent report. This type of ad targeting "holds the promise of more effective advertising while presenting users with ads that are more relevant to their interests."

CNN.com shares limited information with 31 partners. CNN and most other sites don't share names of visitors.

Why advertisers want to track you

Advertisers are among the most voracious documentarians of where people go on the Web.

The more an advertiser knows about a person's interests and browsing and buying habits, the more likely it is to deliver a message that results in a purchase, industry executives say. If an ad server knows someone has recently visited pages about scuba diving, odds are an ad for scuba gear will catch that person's attention -- and maybe his wallet.

The top four services that collect Web-browsing info for ad targeting are run by Google, according to the Disconnect research, which sampled 201,358 Web pages. AdSense, for one, can collect nearly one-quarter of people's browsing histories -- thanks to the prevalence of text-based ads around the Web.

Google says it does not combine the info from these separate ad networks -- DoubleClick for graphics, AdWords for syndicated text and AdSense for search -- to create more comprehensive profiles. The Justice Department plans to review Google's recent proposal to acquire ad-optimization company Admeld.

Profiles of Web users have become so valuable that some companies, like RapLeaf, have built businesses around compiling detailed profiles of people tied to their real names.

Why do so many companies seem so eager to overstep privacy boundaries?

"The thing about engineers," said Kennish, himself a programmer, "if they have a technical challenge, they're going to solve it regardless of the ethical implications."

What some critics call overzealous and reckless data hoarding by online advertisers may usher in a reckoning.

The proposed Do Not Track bills in the U.S. Congress, which are still in their infancies, offer too broad a solution to the issue, several experts say. They emulate the National Do Not Call Registry, which lets Americans add themselves to a list that excludes them from phone solicitations.

The proposed Do Not Track bills "would probably destroy the Internet economy," Kennish said. Instead, governments should add rules incrementally, he said.

Kennish's Disconnect is developing a system of buttons that websites and browser providers can use to clearly demonstrate a site's tracking policies. It will offer the service for free.

Also, a consortium of ad giants, faced with government scrutiny, has expedited an initiative to let people easily opt out of targeting.

The Digital Advertising Alliance has signed on nine of the top 10 online ad providers, said Peter Kosmala, the group's managing director. The 10th will join "in the next few days," Kosmala said. The DAA has support from Google, Yahoo, Microsoft, RapLeaf, AOL and many other big names.

The efforts center around the Advertising Option Icon, a blue button that looks like a triangle surrounding an "i" and which will appear on ads that collect browsing info. Clicking it will provide visitors with information about tracking programs and options for disabling tracking.

Unlike Disconnect's free tools, the DAA will license its button to companies for a $5,000 annual fee.

The program will not offer a one-click method for disabling ad tracking from every network, Kosmala said. He also doesn't like the word "tracking" to describe the installation of cookies on people's computers to record Web history for targeted ads.

"It's my strong belief that consumers like a more granular level of control, rather than something that blunt," he said. When asked about the Do Not Track legislation, he said: "We're very strong believers in the self-regulatory models."

Can the ad industry police itself?

But the ad industry has taken on, and subsequently dropped, initiatives for self-policing privacy in the past, as many point out and as Kosmala acknowledges.

"Unfortunately, the self-regulatory groups and organizations that are created in response to the threat of regulation are often extremely short lived," Christopher Soghoian, a fellow at the Center for Applied Cybersecurity Research, wrote in a report in May.

Kosmala was a part of one of those failed efforts, called the Network Advertising Initiative. The DAA will be different, he said, because a division of the federal government's Council of Better Business Bureaus has committed to enforce the ad agencies' promises.

Still, tech companies are offering their own solutions. All the largest browser makers except Google have instituted or have plans to include a setting in their software that allows users to opt out of tracking.

Such opt-out settings have a ways to go, however.

One out of every 50 users of Mozilla's Firefox, the second most popular browser, have discovered the hidden setting and elected to enable it, said a person who learned the statistic from Mozilla, but was not authorized to speak publicly. The feature, in its current form, is not recognized by most advertisers and therefore doesn't do much.

Kosmala declined to comment on whether he supports the single-button opt out ability built into browsers.

Part of complete coverage on
The Creative
Why have an ad? Start a movement!

Adman Scott Goodson says brands that align themselves with people's passions and causes have much to gain.
Guerrilla advertisers risk arrest

"Ambush marketing" is low-cost, high-impact, edgy and fresh -- but it can get advertisers in trouble.
What Angry Birds can teach Mad Men

The ads of the future will look more like invitations to play than passive images on a page, says Candace Kuss, director at Hill & Knowlton.
Online ad tracking -- and how to opt out

Tailored online ads boom and companies collect swathes of data on their users, but for some, that raises privacy and ethics concerns.
Redford meets the wild, wild East

As Robert Redford addressed the creative festival, CNN's Max Foster explains why his audience is so interested in the wild East.
Viral ads explode into mainstream

Rollerskating babies, dancing royal look-alikes and the Old Spice guy are everywhere. But how do viral ads work?
'Advertising is dead.' So now what?

CNN's Max Foster reports from Cannes, where industry talk is centering on the evolution of the consumer. Join the debate.