5 reasons why e-books aren't there yet 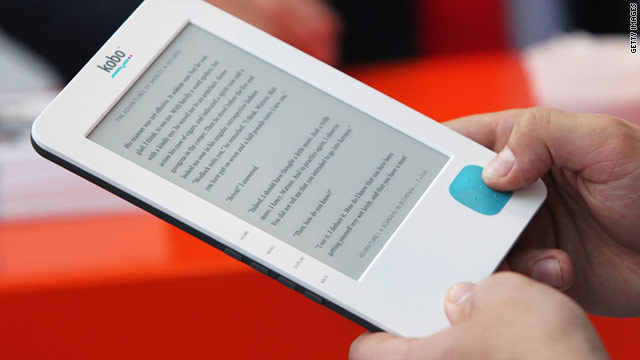 But for all of their benefits, e-books are still falling short of a promise to make us forget their paper analogs.
STORY HIGHLIGHTS
RELATED TOPICS

(WIRED) -- There are no two ways about it: E-books are here to stay. Unless something as remarkable as Japan's reversion to the sword occurs, digital books are the 21st century successor to print.

And yet the e-book is fundamentally flawed. There are some aspects to print book culture that e-books can't replicate (at least not easily) -- yet.

Let's put this into some context first. Amazon sparked the e-reader revolution with the first Kindle a mere three-and-a-half years ago, and it now already sells more e-books than all print books combined.

Barnes & Noble, the century-old bricks-and-mortar bookseller, is being pursued by Liberty Media not because it has stores all over the place but because its Nook e-reader is the Kindle's biggest competitor.

Reasonable arguments that the iPad would kill the e-reader seem laughable now, as both thrive and many people own one of each. One thing E-books and books are equally good at: In their own ways, they're both platform agnostic.

But for all of the benefit they clearly bring, e-books are still falling short of a promise to make us forget their paper analogs. For now, you still lose something by moving on.

It isn't always that way with tech: We rejoice at cutting the phone cord, we don't fret that texting causes lousy penmanship and we are ecstatic that our computers, tablets and phones are replacing the TV set.

I'm not resorting to variations on the ambiguous tactile argument ("The feel and smell of paper is an integral part of the reading experience....") that one hears from some late-to-never adopters. And -- full disclosure -- I have never owned an e-book reader, because I have an ingrained opposition to single-purpose devices.

But since getting an iPad on day one, I haven't purchased a print edition of anything for myself.

I am hooked -- completely one with the idea that books are legacy items that may never go away, but have been forever marginalized as a niche medium.

With that in mind, however, here are five things about e-books that might give you pause about saying good riddance to the printed page.

Fix these problems, and there really will be no limits to the e-book's growth.

1) An unfinished e-book isn't a constant reminder to finish reading it.

Two months into 2011, The New York Times tech reporter (and former Wired reporter Jenna Wortham) wrote excitedly that she had finally finished her first e-book -- how is such technological tardiness possible for someone so plugged in?

Wortham had an excellent explanation: She kept forgetting to pick up any e-book she had started reading. It took the solemn determination of a New Year's resolution to break that spell.

E-books don't exist in your peripheral vision. They do not taunt you to finish what you started. They do not serve as constant, embarrassing reminders to your poor reading habits. Even 1,001 digital books are out of sight, and thus out of mind. A possible solution? Notifications that pop up to remind you that you've been on page 47 of "A Shore Thing for 17 days."

2) You can't keep your books all in one place.

Books arranged on your bookshelves don't care what store they came from. But on tablets and smartphones, the shelves are divided by app -- you can't see all the e-books you own from various vendors, all in one place.

There is simply no app for that. (With e-readers, you are doubly punished, because you can't buy anything outside the company store anyway).

Apple doesn't allow developers to tap into root information, which would be needed to create what would amount to a single library on an iOS device. If that restriction disappeared, there would still be the matter of individual vendors agreeing to cooperate -- not a given since they are competitors and that kind of leveling could easily lead to price wars, for one thing.

But the way we e-read is the reverse of how we read. To pick up our next physical book, we peruse bookshelves we've arranged and pick something out.

In the digital equivalent, we would see everything we own, tap on a book and it would invoke the app it requires -- Kindle, Nook, Borders, etc.

With the current sequence -- open up a reader app, pick a book -- you can easily forget what you own. Trivial? Try to imagine Borders dictating the size and shape of your bookshelf, and enforcing a rule that it hold only books you bought from them, and see if that thought offends you even a little bit.

3) Notes in the margins help you think.

It's not enough to be able to highlight something. A careful reader wants to argue with the author, or amplify a point, or jot down an insight inspired by something freshly read.

And it has to be proximate to the original -- a separate notebook is ridiculous, even with a clever indexing system that seems inventable but is yet to be invented.

WIRED: The most popular way to read an e-book

Books don't offer much white space for readers to riff in, but e-books offer none. And what about the serendipity of sharing your thoughts, and being informed by the thoughts of others, from the messages in shared books?

Replicating this experience will take a new standard, adopted universally, among competitors whose book tech, unlike paper, is proprietary. For a notion of what this might look like, check out OpenMargin.

4) E-books are positioned as disposable, but aren't priced that way.

This one is simple, and also easy to oversimplify since people still have to get paid. But until e-books truly add new value, the way Hollywood did with DVD extras, it's just annoying to plunk down $13 for what amounts to a rental.

E-books cost virtually nothing to produce, and yet the baseline cover price, set by publishers, is only fractionally below the discount price for the print version of new releases.

E-books can't be shared, donated to your local library shelter, or re-sold. They don't take up space, and thus coax conflicted feelings when it is time to weed some of them out.

WIRED: Who gets to decide about $10 e-books?

But because they aren't social, even in the limited way that requires some degree of human contact in the physical world, they will also never be an extension of your personality.

Before you roll your eyes at the shallowness of this gripe, consider this: When in your literate life you did not garnish your environment with books as a means of wordlessly introducing yourself to people in your circle?

It probably began that time you toted "The Cat in the Hat," trying not to be dispatched to bed during a grown-up dinner party.

It may be all about vanity, but books -- how we arrange them, the ones we display in our public rooms, the ones we don't keep -- say a lot about what we want the world to think about us.

Probably more than any other object in our homes, books are our coats of arms, our ice breakers, our calling cards. Locked in the dungeon of your digital reader, nobody can hear them speak on your behalf.

It's a truism that no new medium kills the one that it eclipses -- we still have radio, which pre-dates the internet, television and movies. So it would be foolish to predict the death of books anytime soon.

And we haven't seen the end of creative business models -- there is no "all access pass" in book publishing, as is the trend now for magazines and the newspapers which have put up paywalls. Getting an e-book along with your print edition (or, the other way around) could be the best of both worlds, or the worst.

It would certainly solve my unexpected home decor problem.