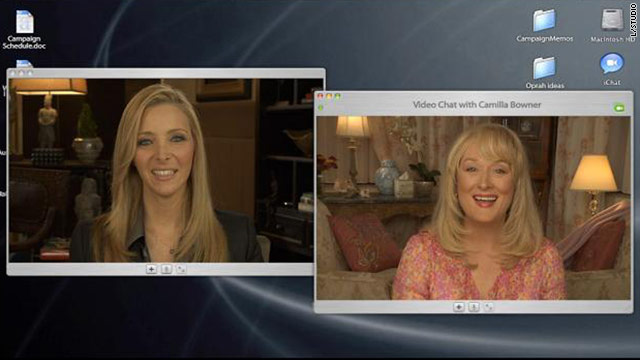 And the Web power of Justin Bieber was strong as the first-time Webby nominee's loyal online army voted him into the top spot for his spoof "takeover" of Funny or Die.

Wieden + Kennedy, the advertising firm behind the Old Spice campaign starring Isaiah Mustafa, took four awards, and those pig-destroying "Angry Birds" capped a year of dominating mobile-app stores with wins in both the judges' and People's Choice categories.

Now in their 15th year, the Webbys are the Internet's most widely recognized honors for websites, online music and videos, mobile technology and interactive advertising.

Many of the winners who earned four nods did so by capturing both the judge's and People's Choice awards in two categories.

Galifianakis is becoming a Webby regular, scoring with his Web talk show "Between Two Ferns." Kudrow, the "Friends" alum, won for her online series "Web Therapy."

Some classics include winners Al Gore ("Please don't recount this vote"), the crew behind "The Beatles: Rock Band" website (A Webby! Yeah, yeah, yeah!") and Galifianakis ("How am I on time? S---!").

While some perennial winners tallied again this year (The New York Times, ESPN, The Onion), there was no shortage of first-time winners.

Content-aggregating iPad app Flipboard was honored as were Foursquare, Skype and Dropbox.

CNN, which was nominated in five categories, won in the video remixes/mashups category with "Walk Around the World," an interactive feature in which CNN.com asked readers to share a one-minute video of themselves walking.