Mac, PC users bash each other over survey results 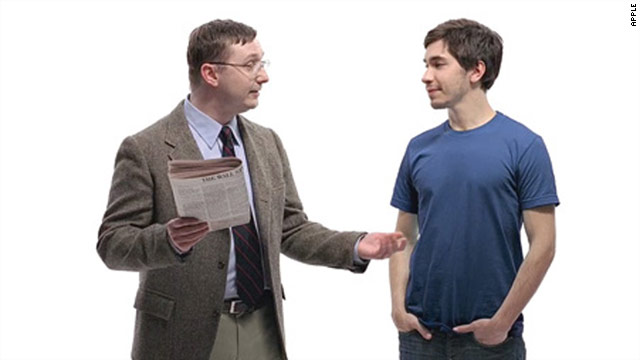 Nothing sets off a debate among CNN.com Tech users like a report about Macs vs. PCs.
STORY HIGHLIGHTS
RELATED TOPICS

We set off a firestorm with Friday's CNN.com story about an unscientific survey that found cultural and sociological differences between people who use Macs and those who use PCs. The survey found, among other things, that Mac loyalists tend to be younger, more liberal, more urban, more design-conscious and more likely to be vegetarians than people who prefer PCs.

Our story has received more than 5,300 comments -- most of them from Mac or PC users who seized on the opportunity to bash each others' brains out verbally.

As any reader of tech blogs knows, this Mac-PC rivalry is nothing new. But the intensity of the debate, even after all these years, still caught us off guard. Many of the comments were heated, filled with name calling (lots of Apple "sheep" references) and worse.

And quite a few readers veered from the survey topic, which focused on computer users, to argue the merits of the respective machines themselves.

Here are some of the most thoughtful ones (comments edited for length, grammar and punctuation):

GMU: The fact is, Mac users are statistically younger than PC users, period. The rest just follows. Younger people are more risk-taking and therefore more likely to go for newer, untested stuff. More fashion-conscious -- yes, because it makes them look "cool" to their peers. They are more likely to live in cities because they don't have a mortgage. The vegetarian thing, I don't know.

Evilmonkey87: In other words, normal people use PCs, weirdo hippie vegan wannabe hipsters use Macs. This is something I pretty much already knew, but this article only confirmed it.

urkiddinrite: This whole debate started because Mac users are portrayed as slick hipsters, while PC users are portrayed as doddering, behind-the-trend fools. The reality of it is I bought a HP laptop with a 17.2-inch LED screen, 600G HD, 4G RAM, HDMI out and Win7 Pro for $800. ... Try and get those specs in a Mac for a similar price.

stevej607: I'm not one to consider myself trendy or hip. I like hunting, fishing, wear very casual clothes, prefer country living, and I would never in my life ride a Vespa. But I do own a Mac just because of quality. Every PC I have ever owned became a slow wreck within six months and that's with keeping virus protection up to date. My Mac is 3 years old and is almost as fast as the day I got it, and I have never had to do any virus updates. I'm not even considering getting a new one anytime soon. Macs are just better quality.

getreal59: Most PC users commenting about Mac computers have never even used one, where most of the Mac users have described poor experiences they had with PC before switching to Mac. Sad but true.

tbrand: People who buy Macs are just suckers for good advertising, with the exception of certain industries like graphic design. The components in a Mac are not worth what they charge. I won't pay an extra $400 for something that "looks pretty." Signed, a young, liberal, PC user.

ficheye1: More Mac hate. Where's the love? If PCs are so good, then one would expect their owners to be happy, happy people, not threatened by a silly ad or the 2% of the market that Mac has. So why the hate ...?

gotta6: If everybody used Macs, there would be a lot more viruses and malware designed for them. If Apple computers were to become more popular, they would become less secure. So all you Apple sheep should thank us savvy PC users for your "secure" sheepware.

DavidTPro: I have both, and use both. But I spend much more time swearing at Bill Gates than Steve Jobs.

mhopepdx: In my experience, the main difference between a PC and a Mac owner is the willingness and ability to ticker with a computer. Macs are for people who just want their computer to work without much fuss; PCs are way more customizable and are for people who like to tinker with the computer. My PC shows my personality way more than my Mac (which is for sale).

maybrick: Whatever computer a person buys all comes down to a matter of personal preference. I don't see why so many people have to go out of their way to insult others simply for liking something they don't. PC user, Mac user, whatever. Who cares? If you can't sit down and shut up and live and let live, then you're the elitist, not the other guy.