A trivia game where it's OK to Google 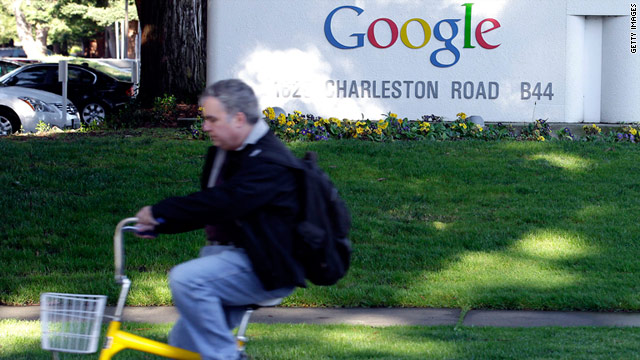 New from the minds of Google -- a daily trivia game that actually encourages players to use the Web to look for the answers.
STORY HIGHLIGHTS
RELATED TOPICS

(CNN) -- If you've ever played live trivia at a bar or restaurant, you've probably seen that guy.

You know -- the one who suddenly needs to "check his messages" on his smartphone after every question? That guy.

Well, now there's a trivia game that lets you use Google until your heart's content without compromising your personal integrity for $50 worth of beer and hot wings.

"A Google A Day," was rolled out by the search-engine giant on Monday.

The daily quiz offers up a single question that's supposed to be hard enough that typing a quick set of words into a search query box won't find the solution. Answers to these questions will be posted the next day on the "Google a Day" page and above the New York Times' crossword puzzle.

And like the Times' puzzle, questions will get harder as the week goes on -- so that, "by Thursday or Friday, even the most seasoned searcher may be stumped," according to Google's official blog.

"As the world of information continues to explode, we hope 'A Google a Day' triggers your imagination and helps you discover all the types of questions you can ask Google -- and get an answer," Google researcher Dan Russell wrote in the post.

The obvious ulterior motive, as Wired notes, is for Google to get users more deeply engaged with search and show off the engine's abilities.

"Over time, Google has realized that people aren't using Google to its full potential," Ken Denmead wrote for Wired's GeekDad blog. "Like taking your Lamborghini Miura to the corner store to pick up a lottery ticket, folks haven't been truly putting the search engine through its paces."

(Sorry, Bing fans -- we couldn't find an equivalent. But if you're an Xbox gamer, you can earn some Microsoft Points by answering daily gaming questions.)

The team behind the game made a tweak to Google search to help people avoid accidentally cheating at a game that lets you use the whole Web to find your answer.

The homepage for the quiz acts just like Google's regular home pages -- except that it wipes out real-time results that would show puzzle answers that other people have posted.

They call the tool Deja Google, and describe it like this: "A wormhole inspired time machine that enables you to solve today's puzzle spoiler free by searching the internet as it existed before 'A Google a Day' was launched."

Google made the announcement on Monday, but the quiz has questions dating back to last Thursday.

Monday's question? "Two future presidents signed me. Two didn't because they were abroad. Despite my importance, modern viewers seem to think I have a glaring spelling error. What is it?"