Viral video stars unite for 'The Chronicles of Rick Roll' 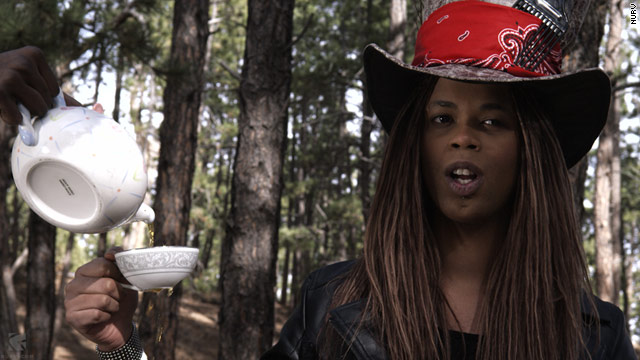 Antoine "Bed Intruder" Dodson is just one of the viral video stars featured in this trailer that was posted online Monday.
STORY HIGHLIGHTS

On Monday, the masterminds behind "The Chronicles of Rick Roll" released a four-minute trailer they hope will help them finish bankrolling a feature-length film.

The video, an update of a shorter, more cryptic teaser trailer that has been circulating online for a few weeks, features Antoine "Bed Intruder" Dodson, Bear "Double Rainbow" Vasquez and Gary "Numa Numa" Brolsma among others.

Executive producer Andrew Fischer estimates the half-dozen internet meme makers in the trailer have accounted for more than 2 billion page views combined (including, he said, copycat versions of their videos and views on sites other than YouTube).

He said he's hoping the film, for which he said he's still pursuing additional financial backing, "will quite literally market itself."

Others in the low-budget trailer include Brian "Boom Goes the Dynamite" Collins, Ben "Leeroy Jenkins" Schulz and Steven and Jack Quire, the brothers from the "Freakout Kid" video. No word on whether "David After Dentist" or the dramatic chipmunk were unavailable.

Fischer, who also wrote the script and appears as title character "Rick Rolland" (a role he said he'd happily hand over to a more professional actor), said the trailer was shot in Colorado in January.

"Everyone was pretty excited from the beginning and everyone really enjoyed working together, too," he said. "That's one of those dynamics -- you don't know how it's going to turn out, but it went really well."

All of the video stars were asked to stay quiet about the ultimate goal of the filming until now, Fischer said.

"We're obviously all hoping to be working again in the near future," he said. 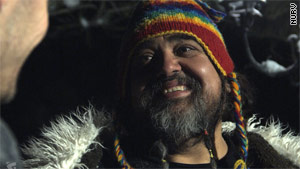 Bear "Double Rainbow" Vasquez also is featured in the film.

The trailer, which Fischer previewed for CNN earlier Monday, comes across as a tongue-in-cheek take on epic adventures such as "The Chronicles of Narnia" and "The Lord of the Rings."

In it, the main character is transported into a woodsy realm called "Middle Internet" to rescue a girl he met on a dating site. With the help of the viral stars, he battles evil creatures such as living, breathing pop-up ads.

Fischer said he hopes the new trailer will help convince financial backers to jump onboard.

He said he also hopes it will help dispel the theory that the whole thing is just a big joke.

Some, including fans of the movie's Facebook page, have questioned whether it's all a setup. After all, the movie's name is a reference to a viral online trick.

Fischer acknowledged a grand con would be fun but said that's not what's going on. He's put the name of his production company, NURV, behind it -- not to mention the money spent to record a theater-quality trailer, he said.

"That would be a lot of money to waste on a RickRoll," he said. "We have a reputation to keep. We're not going to put something on IMDB, do all of these press interviews and put a trailer out just for a joke. I'd never be able to do anything again."

NURV, based in Colorado Springs, Colorado, specializes in viral marketing, video production and editing and other media-related jobs.

In 2005, Fischer grabbed international attention by auctioning off advertising space on his forehead on Ebay. The winners, a stop-snoring-fast company, paid him more than $37,000 for a temporary tattoo.