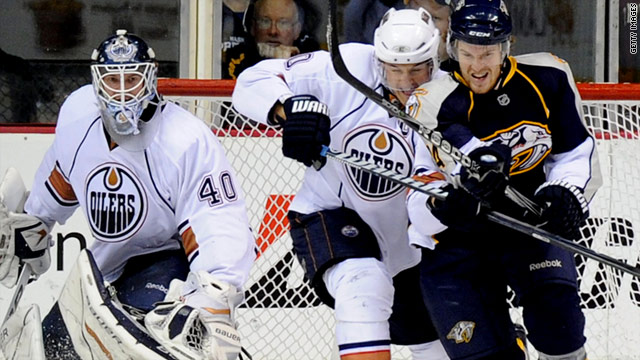 (Mashable) -- UPDATE We've just heard from the NHL, who tell us: "The NHL is not in discussions with YouTube to stream live games. The NHL has not had conversations with the Google spokespeople mentioned in the Bloomberg report."

YouTube may be a hot bed for lip dub videos and life-casting teens, but soon sports fans could find a good reason to flock to the site: YouTube is reportedly in talks with the National Basketball Association and the National Hockey League to broadcast games live.

Last year, YouTube announced that it would begin live-streaming Indian Premier League cricket matches, a venture that was apparently very successful. According to Business Week, the games brought in 55 million visits from more than 250 countries.

Gautam Anand, Google's director of content partnerships for Asia Pacific, recently said that YouTube plans to show more live sports, but declined to elaborate on the particulars of talks with the NBA and NHL.

Google is apparently also talking with other pro sports leagues, as well as soccer leagues in Europe.

"It's fair to say that there will be a lot more appealing sports content you'll see on YouTube," Anand said. "We have ongoing conversations with pretty much everyone."

By offering such content, YouTube and Google can boost their ad revenue, seeing as how viewers would be spending more time on the site.

Lately, we've been seeing YouTube seemingly getting more serious about being an entertainment hub, rather than a forum for cat videos. Just the other week, it was rumored that YouTube CEO Salar Kamangar will be building out the site's recently instated talent program (last July, the video-sharing site announced its YouTube Partner Grants Program to ramp up quality content) by offering big-name stars their own YouTube channels.

In addition, parent company Google recently acquired Widevine, an on-demand video service known for its multiplatform DRM and adaptive streaming technologies, and the web has been buzzing for months about the possibility of it acquiring web video production company, New Next Networks.

What do you think of the prospect of watching live games on YouTube? Would you tune in?