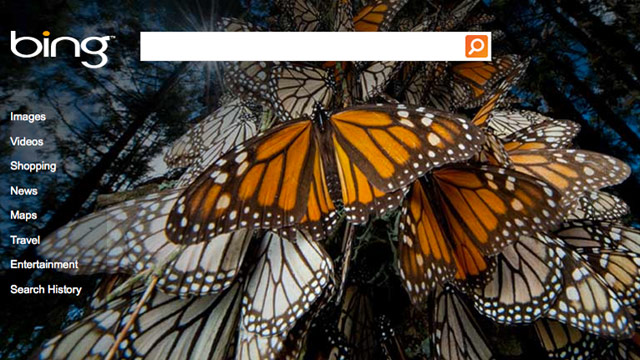 Suspicious of their new rival, Google engineers set up random results on their site for a series of unlikely search terms, such as "hiybbprqag." (Google arranged for the nonsense word to point to a Los Angeles theater seating plan on its search engine.)

"Within a couple weeks of starting this experiment, our inserted results started appearing in Bing," Google said in a statement on its official blog Tuesday.

Google said it welcomed honest competition, but sneered at Bing's "recycled search results from a competitor."

Bing did not deny that it took Google into account when producing its own search results, but suggested they were only one factor among many. They also accused Google in turn of a "spy-novelesque stunt" that would only affect very unusual search terms.

"We use over 1,000 different signals and features in our ranking algorithm," Bing vice president Harry Shum said Tuesday, referring to the mathematical code that search engines use to choose their results.

Each company develops its own search algorithms, and the quality of the results depends on them, making them the key to a search engine's effectiveness.

Bing gets "a small piece" of the data for its algorithm "from some of our customers, who opt-in to sharing anonymous data as they navigate the web in order to help us improve the experience for all users," Shum said, saying many internet companies used "collective intelligence" gathered online the same way.

He shrugged off Google's sting as "a creative tactic by a competitor, and we'll take it as a back-handed compliment."

Google had more than 70% of the U.S. search engine market as of the end of August, when it started running its sting, according to Experian Hitwise, which monitors web traffic. Bing had just under 10%.