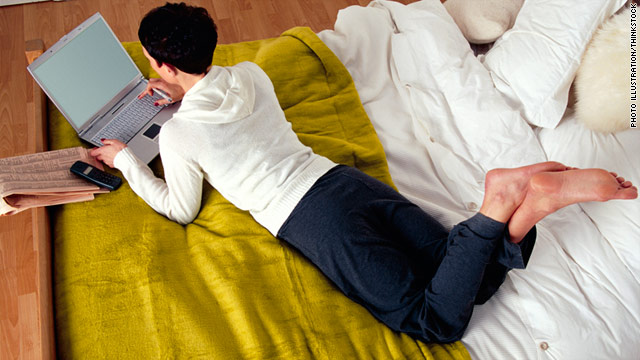 (Mashable) -- The Internet is now the main national and international news source for people ages 18 to 29, a study from the Pew Research Center reports.

In 2010, 65% of people younger than 30 cited the Internet as their go-to source for news, nearly doubling from 34% in 2007. The number who consider television as their main news source dropped from 68% to 52% during that time.

Of all 1,500 American adults surveyed, 41% say they get their national and international news from the Internet, up 17% from 2007. Sixty-six percent cite television -- down from 74% -- indicating the trend is spreading among other age groups.

The amount of people 65 and older who get their news from the Internet has risen from 5% to 14%, but television remains the chief source for 79% of respondents.

These numbers fall in line with the rise of the personalized news stream online. Both Facebook's News Feed and Twitter launched in summer 2006 but didn't catch on until 2007.

In addition, the television viewership culture has shifted in the past few years. Between media streaming services on the web and, more recently, Internet-TV connection devices like Roku and Boxee, people have more viewing options than ever before.

With the ability to personalize what news and entertainment you consume, these television watching methods have become more desirable for many.

Which is your preferred news source? Internet or television? Tell us in the comments below.