Why not everyone wants to be a G+ celebrity 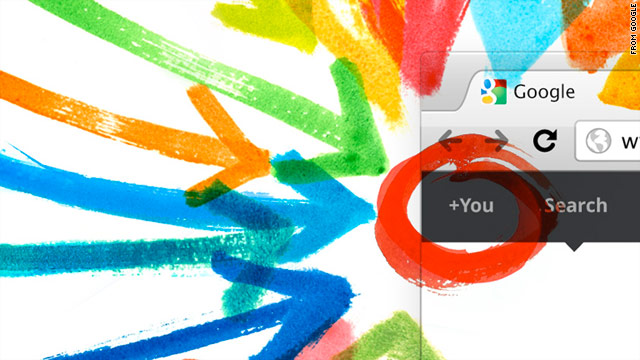 Google+, which launched in June, is the search-engine giant's answer to Facebook.
STORY HIGHLIGHTS
RELATED TOPICS

That seems to be the reaction from the Internet's tech celebrities to a new Google-created list of interesting people to follow on Google+.

Robert Scoble, a popular tech pundit and blogger, actually asked Google to take him off the list of people to follow on the new-ish social network.

"I totally understand why Google did this list. It just isn't a well curated list and so I don't want my name associated with it," he wrote Sunday.

In a follow-up post, he wrote that Google should promote thoughtful or popular posts on Google+, rather than turning a few people into celebrities.

"Why don't we have a list of recent great posts in tech, politics, photography, science, education, entertainment, music, media, economics, etc?" he wrote on his Google+ blog. "Why do we need to focus so much on people?"

Craig Kanalley, a senior editor at The Huffington Post, also spoke out against the list, saying it promotes online celebrity over community.

"It's going to alienate people and lead to an inevitable followers war that can hurt the health of the social network and inflate people's egos," he wrote Saturday, also on his Google+ page.

"As the famous get more followers, the non-featured fall farther behind, and a giant gap is created between the two. This is what happened on Twitter. (In a perfect world, all interact together, around common interests, and there aren't such huge disparities.)"

The Google list includes people from eight categories, from technology to entertainment and a catch-all category called "fun and interesting."

There are some familiar names -- Ashton Kutcher, Dolly Parton, Paris Hilton and Britney Spears are all on the list. But there are some less-well-known people, too, like Maria Popova, who writes a blog called "Brain Pickings," and Richard MacManus from the blog ReadWriteWeb.

From the outside, this debate may seem very high-school and very silly. Some people who aren't on Google's lists surely would like to be. And it could seem whiny that people like Scoble, who just got lots of free publicity from Google, would gripe about being highlighted as "interesting."

But simmering beneath the surface of this feud is something a little more substantive: Social media users are still trying to figure out what the heck Google+ is, and how it fits into the already crowded world of online communication. Can this new site be a tech utopia, where everyone communicates on an even playing field and all voices are heard? Social media promises to be a two-way street, after all -- a "conversation" rather than a lecture.

Or will it be dominated by a few power users and celebrities, with normal people relegated to watch from the digital bleachers?

It's also worth noting that a similar conversation popped up when Twitter released its own version of a "suggested users" list in 2009.

Google's Bradley Horowitz responded to the criticism about the list by saying that no, this list doesn't include everyone; yes, there will be updates; and, in the future, he said, Google will personalize its recommendations so that the network won't be dominated by big-name people.

"There's actually quite a lot of diversity on the initial list, and I expect that very few of us had discovered all of these folks," he wrote. "I know I've discovered some great new folks I'd never heard of!"

What do you think of this conversation? Is it silly for Scoble to want to be taken off of Google's recommendation list? Do you find the list useful? Do you think all of this is beside the point, since way more people use Facebook anyway?

Let us know in the comments, and we'll follow up with the discussion.