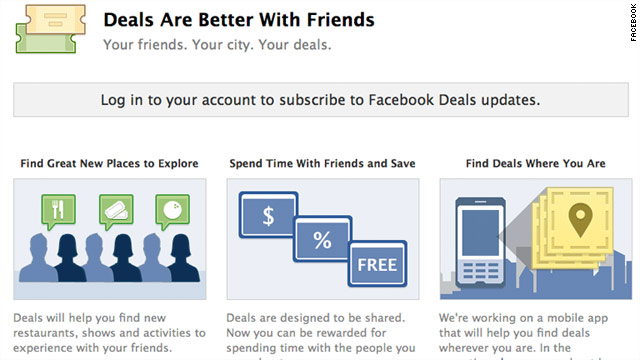 "After testing Deals for four months, we've decided to end our Deals product in the coming weeks," Facebook told Reuters in a statement.

The product, which launched in late April, was an attempt to bring the popular daily deals phenomenon to Facebook's 750+ million users. It launched in San Francisco, Austin, Dallas, Atlanta and San Diego, but quickly rolled out to other cities.

The market for daily deals has become more competitive in recent months, however, and many are questioning the entire business model in light of Groupon's questionable financials.

"We think there is a lot of power in a social approach to driving people into local businesses," Facebook said in its statement. "We've learned a lot from our test and we'll continue to evaluate how to best serve local businesses."

We have reached out to Facebook for more information.