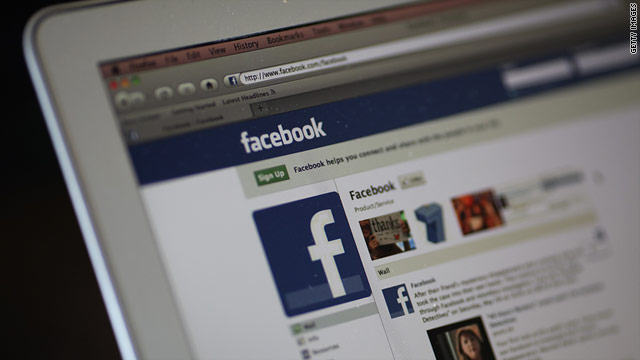 Facebook made changes to its privacy settings on Tuesday, making it easier to choose who sees posts.
STORY HIGHLIGHTS

(CNN) -- When Google's not-the-Facebook social network, Google Plus, launched earlier this summer, one thing stood out for many tech pundits: privacy settings.

On Facebook, users had to navigate confusing lists on settings pages in order to control seemingly simple and important things, like who could see their photos or status updates or which books they like.

Google Plus made such decisions easier since it let users decide who would receive a given post or photo right when they created and then posted it.

Facebook seems to have taken notice of this subtle but significant difference. The world's largest social network on Tuesday announced changes to its privacy settings that allow users to choose who will see a photo or status update right when they post it -- much like was already the case on Google Plus.

"You have told us that 'who can see this?' could be clearer across Facebook, so we have made changes to make this more visual and straightforward," Facebook's Chris Cox writes in a blog post on the topic.

"The main change is moving most of your controls from a settings page to being inline, right next to the posts, photos and tags they affect. Plus there are several other updates here that will make it easier to understand who can see your stuff (or your friends') in any context."

An example will help make sense of all this social-media-speak.

Say you want to post a photo from a friend's recent birthday party -- and you only want your good friends to be able to see it.

Before, you would need to go to Facebook's "Edit Friends" page. Then you'd need to set up a list of your Facebook friends who you consider to be "good friends." That can take a while. Then you assign certain properties to that group, allowing them to see photos or status updates or wall posts made by other friends etc. Instead of deciding which pieces of content these people will see, you choose the category.

Google Plus is similar, but it uses friend "circles" instead of "lists."

In comments on Facebook's blog post about the privacy change, some users said they were impressed: "Well done, slowly getting better," one wrote.

"Glad to see that competition is finally forcing Facebook to improve," one person wrote.

"Looks like, FB is transforming to G+..." wrote another.

And there were more than a few jokes in the comments, too: "hahahaha... if you want this functionality, and want it to actually work, just use Google+!"

"It effectively will keep people from moving to Google+ because it takes away many of the advantages of Google+ Circles."

-- Users now can approve photo tags before they go onto their News Feeds, where friends would see them. Before, friends could identify you in a photo without your knowledge and post that on the network.

-- A button called "view profile as..." now appears in the top right corner of Facebook profiles. Click it and then enter a name of a friend or co-worker to see what your profile looks like when they view it.

-- Users can change the visibility of a post after it's up.

What do you think of these changes? Let us know in the comments.