Why some people don't want birthday greetings on Facebook 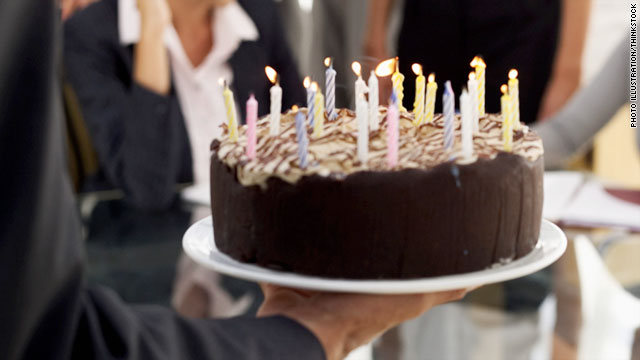 (CNN) -- For most people, logging into Facebook on your birthday means feeling like the most popular person in the world. Notifications flood your inbox, new wall posts appear with each page refresh and everyone seems to "like" anything you say.

But there's another group of users who have little use for Facebook birthday celebrations. Some feel overwhelmed by the repetitive flood of "Happy Birthday!" wishes (do I have to answer every one?), while others say the greetings feel perfunctory.

A few, such as H. Chung So, even wish they could avoid Facebook birthdays altogether.

So, 29, switches his birth date on his Facebook profile as often as some people change their relationship status -- simply to avoid receiving the inevitable wave of birthday posts.

The Arcadia, California, man's birthday is July 14, but at the beginning of each year, he moves it to an arbitrary date in October. After his actual birthday rolls around, So moves it back to April. Thus, he always remains out of range of the Facebook birthday notification system.

Back when there were far fewer than 750 million users of Facebook, getting a birthday greeting was more of a novelty. So, who says he's a private person, has never enjoyed the hoopla surrounding his birthday. And as more and more Facebook notifications crowded his wall each year, it all became too much.

"The quality of birthday well-wishes means way more to me than the quantity of them, which typically happens on Facebook," he said. "Birthday wishes are very well-meaning. But if you get flooded with them, it just dilutes the impact."

Luke O'Neil of Waterford, Massachusetts, doesn't mind being buried with online birthday greetings. But he thinks Facebook, with its popularity-contest dynamics, encourages some people to send birthday wishes for the sake of electronic appearances -- not out of sincerity.

"We just want to be seen at these virtual parties," said O'Neil, 34. "It's like stopping (at a party) and saying, 'I just wanted to say, happy birthday,' but it takes much less effort."

Though O'Neil says he gets "annoyed" at birthday messages from near-strangers, he admits there's still a sort of gratification at being recognized. "I couldn't help but think, 'The only thing worse than this would be if no one had said anything.' "

Spreading birthday wishes on the social-networking site has become an automatic impulse for many users, said Jackie Cohen, editor of AllFacebook.com. Cohen posts at least one birthday message a day, she said.

"It fits into this bigger pattern within social media and blogging: 'I scratch your back, you scratch mine,' " Cohen said. "I wish you a happy birthday, and you're going to wish me a happy birthday. ... the more 'Happy birthday' wishes you have you on your wall, the more prestigious it is."

It's not clear how many Facebook users actually count the number of birthday messages they get. But research has found a link between Facebook activity and feelings of popularity.

A recent study published in the journal "Social Psychological and Personality Science" found that adults have almost as much need for being popular on Facebook as teenagers do. And people who crave acceptance are more likely to share personal updates and post birthday greetings on friends' walls, said Emily Christofides, lead author of the study.

"If you're someone who has your privacy settings set quite high -- you don't post your birthday, you don't post what's going on in your life -- you're not giving other people the opportunity to comment on those things," said Christofides, a doctoral student at University of Guelph in Ontario, Canada. "You're going to find that there's less going on on your page, and you may actually feel less popular as a result."

There's no denying that typing a few words and hitting the "Enter" key is easier than mailing a card. But Cohen believes the majority of Facebook users appreciate birthday greetings, no matter how many potentially annoying alerts they receive, even if they know that some of their friends are just going through the motions.

"Facebook releases a brain chemical called oxytocin that's the same hormone we release when we get hugs," she said. "This birthday-wishing custom fits right into that. It's warm and fuzzy."

Matt Frank of Chelsea, Massachusetts, sees Facebook's birthday calendar as a welcome reminder and believes it gives him an excuse to reach out to people he might not stay in touch with otherwise.

"Nothing makes me happier than getting 125 messages on my Facebook wall on my birthday," said Frank, 29. "One hundred twenty-five people -- even if they're doing it robotically -- were thinking, 'We hope that Matt has a good day.' I really can't get mad at people for that."

But others believe a Facebook birthday greeting, which can be dashed off in seconds, only means so much.

Rebecca Guerriero, 20, believes Facebook's digital greetings feel lazy compared with the more elaborate birthday celebrations she remembers from high school -- which included everything from baked goods and gifts to singing and locker decorations.

The Northville, Michigan, woman rarely sends birthday messages on Facebook. But she still relies on Facebook's birthday reminders because she doesn't remember all her friends' birthdays by memory.

"The calendar is great," she said. "But then (it becomes) more about making the call or the text or spending time with the person."