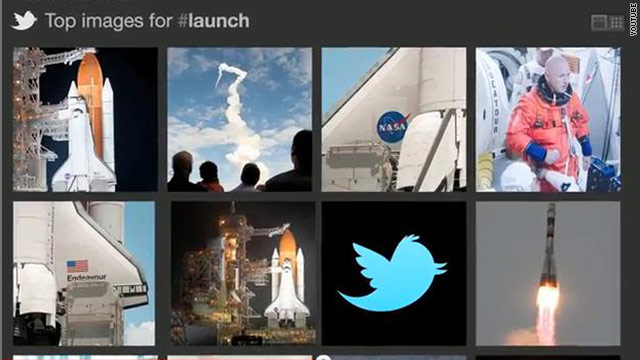 (CNN) -- Twitter has launched its own photo-sharing tool, offering a native version of a feature that until now was mostly the domain of third-party apps like Twitpic and yfrog.

The feature first began trickling out to users after it was introduced in June. Twitter said this week that it has been made available to everyone on the site.

When a user clicks in the "What's Happening?" box, a camera icon now appears at the bottom. The user can click it to add an image to the tweet.

Twitter's photo-sharing is powered by Photobucket, which will host all uploaded images.

Photos can be up to 3 MB. Depending on their size, they may affect the amount of text, usually up to 140 characters, that the user can tweet.

Twitter is expected to be heavily integrated in that system.

The company also plans to add galleries to its photo feature, letting users view every photo someone has taken in one place.

In essence, the rollout throws a chill into the developers of third-party photo apps. Twitter's platform will still support those tools, but it stands to reason that most users will default to the site's in-house photo sharing.

This isn't the first time Twitter has essentially stamped out third-party apps that it had allowed, or even supported.

"Twitter has come under criticism for competing with third-party services built on its platform," Mashable's Ben Parr wrote Tuesday. "Developers don't know whether Twitter will suddenly start competing with their products, an issue that has created a cloud of uncertainty over the Twitter ecosystem."

In Twitter's early days, several mobile apps sprung up as developers harbored the belief that Twitter had no plans to launch an official app of its own. Then, in April 2010, the company bought Tweetie, transforming the popular app into its own official, and free, app.

Then, in May, Twitter bought TweetDeck, a third-party tool used by many Twitter members to sort their feed.

In an e-mail to Mashable in June, Twitpic CEO Noah Everett said he was blindsided by the news that Twitter was planning to add a photo-sharing feature.

"We had no idea Twitter was building a photo feature. Communication between developers and Twitter has never been very clear and the relationships between Twitter and its developers has changed a lot. ...," he said at the time. "A more clear feature roadmap and better communication would have been much appreciated by all their developers."

Twitpic and Yfrog did not immediately respond to messages seeking comment for this story.