How to write, and read, online reviews 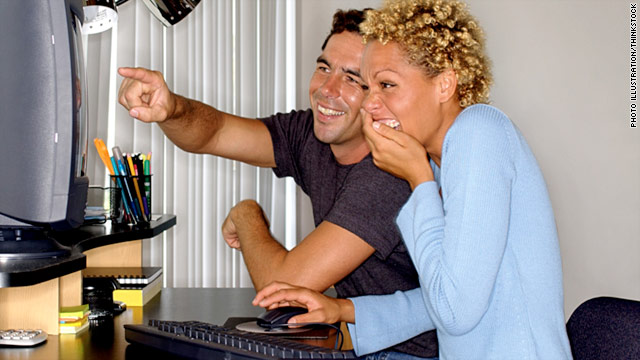 Be careful about mocking books, movies or music online. Remember, "wisdom of the masses" is pretty much oxymoronic.
STORY HIGHLIGHTS
RELATED TOPICS

Editor's note: Brenna Ehrlich and Andrea Bartz are the sarcastic brains behind humor blog and book Stuff Hipsters Hate. When they're not trolling Brooklyn for new material, Ehrlich works as an associate editor at Mashable.com and Bartz is news editor at Psychology Today. Got a question about etiquette in the digital world? Contact them at netiquette@cnn.com.

(CNN) -- Critics are considered the authorities on taste, the owners of discerning palates who tell the less-refined masses what to eat, see and do.

Offering up a nuanced and well-reasoned opinion affirms your authority. If we want to look at the benevolent side of the coin, it even wafts your helpful verdict on curious listeners like fragrant perfume from a thousand blooming roses.

At least, this was the case 30 years ago, when film, art, theater and restaurant critics were erudite creatures with tons of training.

But a funny thing has happened in recent decades. We've turned our slumped backs on the professionals and opened our ears to complete strangers' rulings. Forfeiting expertise, we've unwittingly crowdsourced our basic entertainment-related decisions, trading quality for quantity and nuance for general agreement.

Suddenly, everyone's a critic -- am adage that is now, fittingly, the name of a film rating community. Yelp closed out 2010 with 15 million reviews and a staggering 41 million monthly visitors. Google's star system encourages anyone searching for an establishment to add their two cents.

Some sites, such as Rotten Tomatoes, juxtapose professional ratings with site visitors', while others like NabeWise (a sort of Yelp for neighborhoods) leave the rankings squarely in users' hands.

There are benefits to this, of course. It's much better to quickly check the Yelp score on the unfamiliar Chinese joint across the street than to chow down blissfully unaware that in a few hours you'll discover their secret ingredient is salmonella.

But there are drawbacks, too. As Chris Colin writes in WIRED, the proliferation of reviews chips away at our curiosity, our openness to experience and even our ability to form our own opinions. It's enough to make a rater damn irate (ha). And more obviously, there's some inherent absurdity in valuing the perspective of any old bonehead with Internet service and an opinion.

But the rampant reviewage isn't going anywhere. So, to make the business of reviewing -- and using user reviews -- less risky and more pleasant, we give you The Rules of Online Reviews:

How's anyone supposed to take your critique seriously if you're hiding beneath the cloak of anonymity? If you feel strongly enough about a place (book/movie/et al) to review it, you owe it to the online community to let them see your mug. (Particularly if you're reviewing a hair salon. Or a plastic surgeon. One man's genius ... )

The flip side of this rule is pretty obvious: Don't trust an anonymous reviewer, or the one glowing review from FluffyLover, whose little avatar is, of course, a cat.

FluffyLover likely owns the restaurant he's rhapsodizing about and for all you know, said cat is running around the kitchen this very minute, dropping kitty litter in the breadbaskets and playing tag with sundry rodents.

What's that, the freestanding review is condemning, full of outrage and vitriol? Yeah -- it was probably written by the restaurateur next door. One-shot reviewers are dodgy like that.

Notice how the most thorough, well-written reviews of the Mountain Three Wolf Moon Short Sleeve Tee are also rated most helpful by other visitors (so meta).

Tap out a few sentences about what you liked and what you didn't like and why you're choosing a particular number of stars. After all those meandering, esoteric music reviews you wrote for your high-school newspaper oh so many years ago, this should be a snap.

Oh, and proofread your review before posting. A two-line review riddled with typos isn't doing potential visitors any favors.

Remember, "wisdom of the masses" is pretty much oxymoronic.