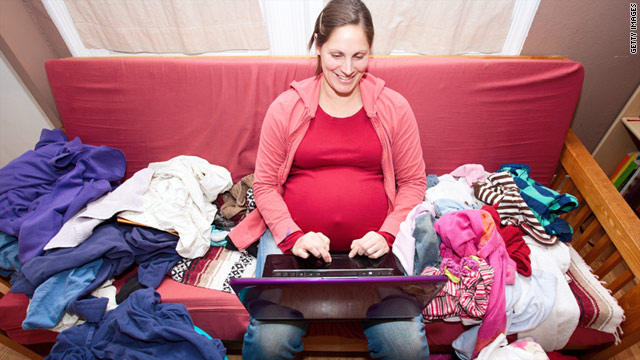 Among options that include daughter, son, wife and husband, the "Friends and Family" section under "Edit Profile" now allows the option "Expected: Child." Parents can add a due date and the baby's name.

"We're always testing new features," a Facebook spokesperson said via e-mail. "Earlier this year, Facebook started providing the option to add an 'Expected: Child' as a way for users to more accurately express their identity."

The option may have existed for a while, but the Internet didn't seem to pick up on it until this week. And the British Daily Mail was reporting that the feature rolled out last Wednesday.

With the feature, the expected child would appear next to other family members on the user's profile and the changed status would appear in friends' News Feed.

The Mail and others speculate that the option is meant to cut down on parents creating separate Facebook pages for their as-yet unborn children. It is against Facebook rules for anyone under 13 to have a page.

While the feature in effect is a glorified way of telling your Facebook community "Hey, we're going to have a baby!" -- some bloggers warn about potential pitfalls.

"The new feature could also cause some problems if used carelessly," wrote a blogger for the San Francisco Chronicle. "A newly pregnant woman might announce her pregnancy on Facebook, forgetting that she wanted to wait a couple months before alerting her employer."

And then there's the chance that a miscarriage could force parents to retract the announcement.

Writer Jamie Frevele addresses this question on The Mary Sue, an online guide to "girl geek culture." She likens the situation to changing a Facebook relationship status from "In a relationship" to "single" -- but much worse.

"Having a child is a very exciting thing to happen, but when there's someone's health at stake, it's probably better to be extremely cautious and/or patient before making such an announcement on Facebook."