Users with fake names get boot from Google Plus 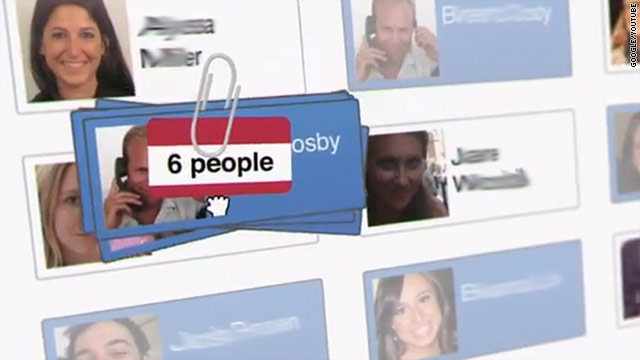 Some say Google+ is too aggressive in booting users who don't sign up with their real names.
STORY HIGHLIGHTS
RELATED TOPICS

(CNN) -- Google+ has been a hit in the tech community, with early adopters praising its clean design and features like Circles and group video chat.

But some of those same folks are now miffed, saying the social-networking site is being too aggressive in booting users who don't sign up with their real names.

Over the weekend and into Monday, multiple tech blogs were reporting what appeared to be an uptick in the number of people removed from Google+ for signing up under assumed names.

"Google Profiles are designed to be public pages on the web, which are used to help connect and find real people in the real world," a Google spokeswoman said in an email. "By providing your common name, you will be assisting all people you know - friends, family members, classmates, co-workers, and other acquaintances - in finding and creating a connection with the the right person online."

The Google+ content policy says, "To help fight spam and prevent fake profiles," users must use the name their friends, family or co-workers usually call them.

"For example, if your full legal name is Charles Jones Jr. but you normally use Chuck Jones or Junior Jones, either of those would be acceptable," the policy reads.

Limor "Ladyada" Fried, a noted figure in the open-source hardware community, briefly had her account suspended over the weekend. Her name is an assumed one but one by which she's well-known (she recently was featured in a cover story in Wired magazine).

Former Google employee Kirrily Robert, who goes by the single name "Skud," said she also had her account suspended when she used the nickname to sign up.

She wrote that she expected the nickname issue to come up and largely wanted to test how the site dealt with it.

"I thought it would be interesting and educational for someone who understands the system quite well (my recent ex-Googler status helps with this) to poke at it from outside and see how it appears to work," she wrote on her personal blog. "My goals were, firstly, to help highlight the problems with the policy, and secondly, to test out and document the processes around it. This seems to be going well so far."

"It's too bad that the service has sacrificed a pile of goodwill over the last week by repeatedly publicly shooting themselves in the foot," he wrote.

Evans suggests that Google, which allows a "nickname" to be used along with the user's real name, limit how often a nickname can be changed and then let users decide which of their social circles see which name.

"Voila. Accountable identities and pseudonymity, all in one package: problem solved," he wrote. "You can thank me later, Google. After you reinstate all those accounts."

Critics note that dissidents and whistle-blowers have used social media like Facebook and Twitter under assumed names to fight corruption and contribute to political causes. Their safety might be jeopardized if they used their real names, critics say.

Facebook's policy also requires users to register for the site with their real names. That site's terms and conditions state: "We reserve the right to remove or reclaim [a user's name] if we believe appropriate (such as when a trademark owner complains about a username that does not closely relate to a user's actual name)."

Tech writer Robert Scoble (Google+'s sixth most-followed user, according to Social Statistics), has hosted a running dialogue about the naming controversy on his account.

Scoble wrote early Monday that he talked with Vic Gundotra, the senior vice president for Google's social networking products, and quoted him as saying that Google has made some mistakes while trying to nail down the naming policy.

According to Scoble, Gundotra said there is no intention to require legal names, just to delete obviously fake and offensive ones.

"After running through his reasoning, mostly to have a nicer, more personal, community, I feel even stronger that Google is on the right track here even though I feel they weren't fair or smart in how they spun up these new rules," Scoble wrote. "But Vic convinced me to hang in there and watch their decisions over the next few weeks."