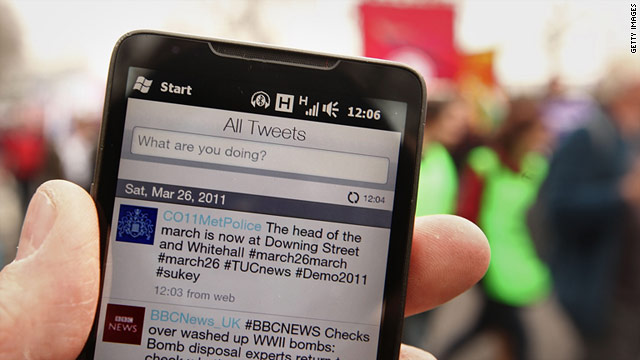 (CNN) -- Chances are, last week wasn't a great time to be working at Netflix.

After the company raised the price of its DVD and streaming media plan by 60%, it had to draft hundreds of extra customer service reps to handle the floods of irate callers.

Netflix rival Redbox briefly became one of the most popular searches on Google. The Netflix blog announcing the price increase filled with 4,000 comments, nearly all negative.

But that number was dwarfed by the 79,000-plus responses on Netflix's Facebook page -- and that was just on the brief announcement linking to the blog entry.

On the phone, in e-mail, in the largely anonymous comments section of a blog -- these are places where you generally vent your disapproval once and then slink away to be disgruntled alone.

But is a social network different? The comfortingly clear identities of people who share your outrage, reinforcing your opinion with camaraderie and conversation -- do these things stoke anger that would have otherwise fizzled out?

Does this environment inherently encourage people to take the next step, to turn from commenters to protesters, to organize, to boycott? I believe it may well do that. Here's why.

Exhibit A in this argument, as you might expect, is the Middle East, circa spring 2011. But I'm not just talking about the Facebook-based protests that toppled governments or the social media campaign organized by brave women posting YouTube videos of themselves defying Saudi Arabia's ban on female drivers.

There's a more prosaic but no less illustrative example in Israel, where the three main dairies all decided to increase the price of cottage cheese by 75% last month.

That seemed like just another grumble-inducing rise in the cost of living until 25-year-old Itzik Alrov started a Facebook campaign calling on his fellow Israelis to let cottage cheese "stay in the stores and spoil until the price comes down."

The group gained 105,000 adherents by month's end. (Not bad for a nation of 7 million.) Suddenly, opposition MPs were dumping tubs of the stuff on the prime minister's desk, and the finance minister was talking about importing cheaper foreign cheese.

The dairy companies promptly cut their prices. Here's a tellingly bemused quote from one of their CEOs: "Something happened here, and it changed the rules of the game."

You can see those rules changing all over, if you watch closely. This month a woman in a Detroit suburb faced the prospect of 93 days in jail for growing vegetables in her front yard, in apparent violation of a local ordinance. Then a Facebook page supporting her went viral, thousands of strangers from across the U.S. signed her petition, and the town planners dropped the charges.

The week before, fashion giant Versace was forced to stop its 500,000 Facebook fans from posting on its wall in the wake of a protest over sandblasted jeans (made in a high-pressure process that has been known to kill workers).

And social media outrage added a dimension to the closure of the UK's News of the World tabloid when axed staffers got into Twitter brawls with celebrities and ex-readers.

No, not every protest is successful. Not every angry tweet matters. Not every online petition will force a company or a country to back down. And it's too early to tell whether companies such as Versace will be punished for simply deleting protests.

Maybe that will turn out to be the social media equivalent of hitting the mute button. It's also the kind of gamble on a company's reputation that can keep brand managers up at night.

Who wants to take that kind of chance? Far safer to let your customers vent and hope the storm will pass, as Netflix is doing. But that too carries the risk of a boycott -- or a permanently damaged reputation.

The opinions expressed in this commentary are solely those of Chris Taylor.