The most popular Google+ user? It's Facebook's Zuckerberg 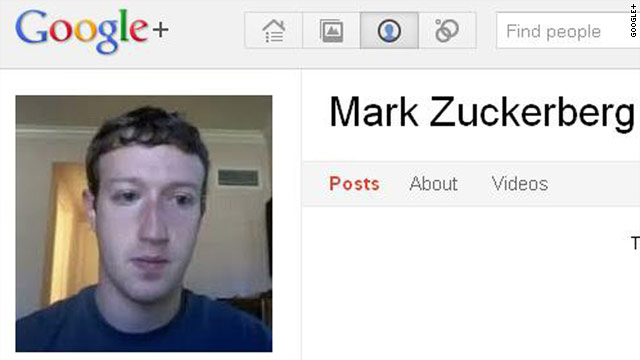 (CNN) -- So, based on the buzz, Google+ is the geek-chic social-networking upstart that's going to challenge Facebook, right?

Then why is the most popular person on the fledgling service ... Mark Zuckerberg?

As of Tuesday morning, the Facebook CEO, who surprised some folks by being one of the first to create a Google+ account, had 29,543 "followers" on the site.

That's nearly 10,000 more than Google CEO Larry Page, who clocked in at 19,878 friends for second place, according to the Google+ social statistics page.

Google unveiled its long-anticipated social network last week. Since then, it's been opened up to journalists, bloggers and others in the tech community, but not yet to the general public.

A look at the site's 100 most-followed users provides a snapshot of its nascent population.

This part probably won't last. But, in a world in which Gaga and Bieber own Twitter, it was refreshing to see a top-100 that was virtually celebrity-free.

Actress, web-series creator and geek icon Felicia Day appeared to be the only person to qualify, taking the No. 39 spot with 2,587 followers.

Let's just hope Nathan Fillion gets there before Ashton Kutcher.