Timberlake tries to bring 'sexy back' to Myspace 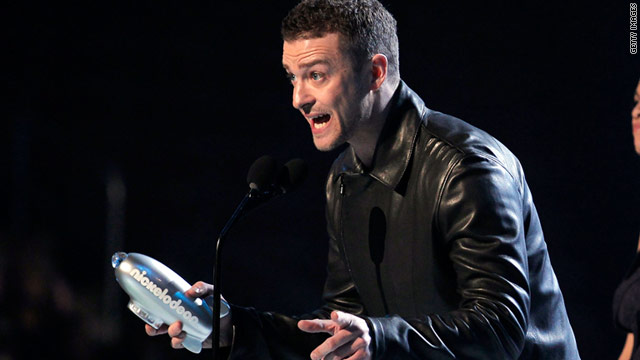 (CNN) -- You thought bringing sexy back was hard? Try Myspace.

Pop-star, actor and occasional reason to watch "Saturday Night Live" Justin Timberlake will apparently play a "major role" in guiding the floundering social-media site after its sale this week.

News Corporation, in effect, admitted defeat on Wednesday, selling the site for $35 million after paying a reported $580 million for it in 2005.

"There's a need for a place where fans can go to interact with their favorite entertainers, listen to music, watch videos, share and discover cool stuff and just connect," Timberlake says in the release. "Myspace has the potential to be that place."

So, is this a twisted version of life-imitates-art?

Timberlake, of course, appeared in Facebook biopic "The Social Network" as Sean Parker, a creator of Napster and the first president of Facebook -- which, of course, played a major role in the downward spiral of Myspace.

The singer parlayed his early success with boy band 'N Sync into movie roles and a solo music career that produced such hits as "Cry Me a River" and "SexyBack."

He's more than just a name to slap on the project, apparently. Specific Media says Timberlake will have an office at the California headquarters of Myspace (unlike the roughly half of its staff that will be reportedly laid off), and a staff of about a dozen.

So, will he be able to use his on-screen experience to parlay Myspace into anything other than a joke about The Internet of the Past? The oft-snarky world of technology journalism didn't seem convinced on Thursday.

"Justin Timberlake soon to be crying a river as partial Myspace owner," blared the headline on tech blog Gizmodo.

"We're not sure how much of his cash he sunk into this sinking-est of sinking ships, but, man, wouldn't buying a bunch of Chipotle franchises or opening a club have been an easier business deal?" Gizmodo wrote.

Of course, folks on Twitter were taking their own cracks at the deal.

"This just in: Justin Timberlake also buys Blockbuster Media and a rotary phone factory. What does he see that we don't!?! #myspace," wrote user @donovanwoods.