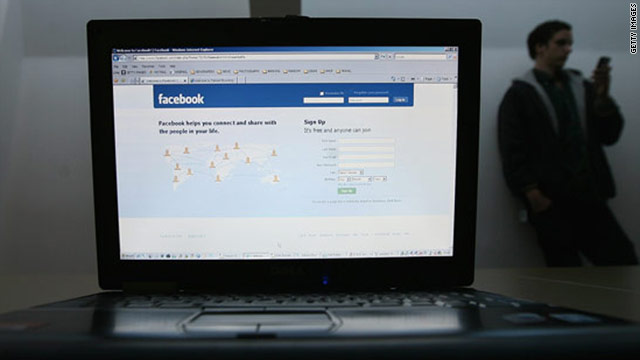 Data from blog Inside Facebook says the social-networking site is losing active users in the United States.
STORY HIGHLIGHTS

(CNN) -- Facebook, the seemingly unstoppable juggernaut of the social-media world, continues to grow, steaming toward 700 million registered users. But has the site tapped out its potential in America?

The site lost more than 7 million active users in the United States and Canada last month, according to data from Inside Facebook, a blog that tracks the site and its development platform.

Mexico, where Facebook use started later than in the other two, added about 1 million users, according to Inside Facebook's data service. But Facebook's slowing growth in North America raises the question of whether the site has finally found all the users it can in places where it's been around for a while.

Last month was the first time the United States had lost active users in a year, Inside Facebook said, while ups and downs have been more volatile in Canada.

"From time to time, we see stories about Facebook losing users in some regions," said a statement Monday from a Facebook spokesperson. "Some of these reports use data extracted from our advertising tool, which provides broad estimates on the reach of Facebook ads and isn't designed to be a source for tracking the overall growth of Facebook.

"We are very pleased with our growth and with the way people are engaged with Facebook. More than 50% of our active users log on to Facebook on any given day."

Facebook reached 687 million users at the beginning of June, according to the stats. But its growth rates appear to be slowing. Facebook gained 11.8 million active montly users in May, compared to 13.9 million in April. More than 20 million users were added during every month last year.

The United Kingdom, Norway and Russia, other countries where Facebook was adapted relatively early in its existence, each dropped by about 100,000 active users in May.

Still, expansion continues as Facebook focuses globally. Major population centers like Brazil, India and Argentina all saw growth of more than 5 percent in May, with Brazil leading the way, jumping from about 17 million users to about 19 million.

Inside Facebook acknowledged that seasonal changes such as college graduation, bugs in the Facebook advertising software or other one-time anomalies can affect data.

But the report does raise questions, they said.

"[B]y the time Facebook reaches around 50% of the total population in a given country (plus or minus, depending on internet access rates in that country), growth generally slows to a halt, as we've noted before," read the post, by Eric Eldon.

"So far, Facebook has been able to make up stalls and losses with big gains in heavily-populated developing countries like Mexico, Brazil, India and Indonesia."

Moving into China would be one way to insure its goal of reaching 1 billion active users, Eldon wrote. But agreeing to the terms that likely would come from the country's Communist regime might also hurt Facebook's popularity back home.