When credit is due: Reposting others' stuff online 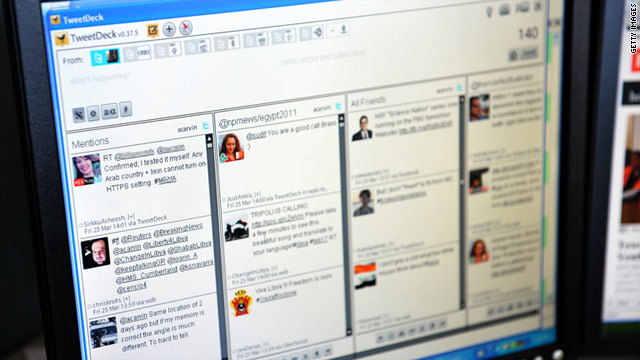 One of the Web's greatest powers is its sheer volume. Our social networks help us weed through it.
STORY HIGHLIGHTS
RELATED TOPICS

(CNN) -- Sad but true: Much of what we do online, we do for vainglorious reasons.

We tweet a joke not only to make others laugh, but also to watch the sweet RTs come rolling in. We post a link not just to start a discussion or expand our Facebook friends' minds, but also to rack up the comments and likes.

So when someone lifts our content without credit -- even just a link or gem we found in the morass of the interwebs -- we are rightfully angered.

And what our social networks bring to the table are reapers and curators who help point us to the best content. Finding (or coming up with) cool or hilarious stuff and sharing it with others is a skill, one that should be appropriately lauded with that sweet ego-building nectar we call credit.

We're not about to delve into the ins and outs of intellectual property law and copyright infringement and all that jazz. Nay, we're here to talk about the much milder offense of sharing content without a nod to the ahead-of-the-curve person who shined a spotlight on it in the first place.

Now, this can get a bit tricky, since it's not always necessary, or even worthwhile, to give a citation. So let's review a few truths about reposting.

1. Some platforms make it effortless.

On those platforms, you look especially jerkish for not giving credit.

Twitter is a prime example -- the retweet function lets you share another person's quip or link with almost zero effort. So nabbing that Onion article or whatever and putting it in your feed as your own is just a bastardization of how the site's supposed to work.

Some people decry the blog site's lack of a built-in comment function -- users wishing to add their commentary must "reblog" another Tumblr's post so that it shows up in their own blog, where they can add their biting remarks.

The idea, Karp said, was to ask people to own up to their takes on others' work -- no anonymous flaming or trolling.

Socially adept social networkers use "via" like mad. Just tweet or post or blog about the cool thing you stumbled upon and drop in "via [the name or handle of the friend who shared it first, with a link to their relevant social network profile]."

A couple of exceptions:

A) If you heard about the link directly from the source, e.g. if you follow @cnntech and are excited about one of their stories, well, duh, the link itself will be giving the source proper snaps.

B) If your friend gave credit to a tipster whom you don't know, no need to do serial citations ("AMAZING PUPPY VIDEO via @myfriend via @herfriend via @anotherrando.") It's a waste of space and those tertiary connections will never know.

3. Don't bother giving credit if the item is blowing up on the Web.

Most recently, the share du jour was that unspeakably annoying Rebecca Black "Friday" video. If you posted such a thing after it'd bubbled up into a frenzy, you'd probably have eight different friends you could credit, all of whom just heard about it from someone else.

Actually, if something is already reaching epic viral heights, don't add to the boring cacophony. Doing so only makes you look hopelessly out of the loop. Stand out by reposting something clever and relatively obscure.

Or, you know, skip the ctrl-Ving altogether and say something original.