Facebook accidentally turns on all e-mail notifications for some users 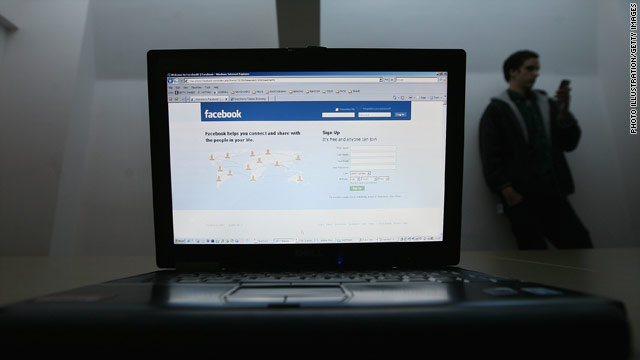 Facebook says it's working to fix a glitch after some users began getting e-mail notifications for settings they had turned off.
STORY HIGHLIGHTS
RELATED TOPICS

(CNN) -- If you let it, Facebook will e-mail you with just about any trivial bit of news: You just got a friend request! A friend just tagged you in a photo! A friend commented on a photo album after you did! Someone changed the name of one of your groups!

Many users choose to turn these e-mail alerts off -- because, if you have more than about five Facebook friends, you might get e-mails from Facebook robots more often than from humans.

Late Tuesday, however, some Facebook users apparently had all of these potentially irritating notifications turned back on -- even if they'd tried to block them.

"Some people are suddenly receiving email notifications for settings they had turned off, and the checkboxes are now checked," Facebook wrote in a post on its "Known Issues on Facebook" page.

The company said it had fixed the problem as of about 11:45 a.m. ET on Wednesday.

"Yesterday evening, we discovered a bug that caused a small number of people to start receiving notifications they had previously turned off. We have since resolved the issue and apologize for any inconvenience," the company wrote in an e-mail to CNN.

As some chipper commenters on that Facebook post point out, however, there was a pretty easy fix for the problem.

To change your e-mail notifications settings, click the "Account" tab in the top right corner of your Facebook home screen. Choose "Account Settings" and then "Notifications," from a tab at the top of the page.

You'll find a list of 73 scenarios in which Facebook could send you an e-mail notification. Uncheck all the boxes if you don't want Facebook to send you e-mails, or leave some boxes checked for things you'd like to be notified about.

Not everyone is happy to have to make those fixes, however.

One Facebook user wrote on the company's "Known Issues" page, "really angry to see all that s--- in my inbox today and then to have to go carpal tunnel clicking EVERY SINGLE BOX opting out. FB- I am marking you as a spammer and every thing you ever send me from now on gets dumped into my email doo-doo heap."

Others were demanding a quick fix.

"So, just because fb is free we shouldn't want to get the issues fixed??? Pu-leeze! If it weren't free, they wouldn't even have a quarter of the users that they have now. Free or not, fix it!" another user wrote on that page.