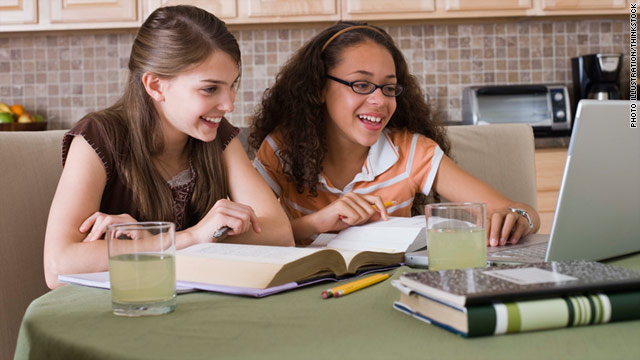 Younger users are the most vulnerable to predators on Facebook, Sen. Franken says.
STORY HIGHLIGHTS

(Fast Company) -- According to a study by the Pew Internet & American Life Project, nearly half of all 12-year-olds in the U.S. are using social network sites, despite not meeting the minimum age requirements for sites like Facebook.

And such popularity only balloons once the teens grow older: roughly 64% of 13-year-olds are social networking; between the ages of 14 to 17, that figure jumps to 82%, says Pew.

But that doesn't mean Facebook isn't trying to stop kids from becoming addicted to the network at such a young age (though indoctrination does have its benefits!).

According to a report by the Daily Telegraph, Facebook is kicking out roughly 20,000 underage users per day.

In a meeting with Australia's cyber-safety committee, Facebook's chief privacy adviser Mozelle Thompson agreed that underage users were taking advantage of the site. After all, any user no matter his or her age can register for the site by simply lying when signing up -- Facebook has no mechanisms to detect whether a teen is telling the truth or not.

"It's not perfect," said Thompson.

However, Facebook's privacy czar did argue that Facebook is trying to stop these young'ins from continuing to use the site.

Of course, that's a fraction of the nearly 600 million users on Facebook, but underage users have become a growing concern for the network, especially as it faces increased pressure from regulators -- whether in Australia or the U.S.

Last April, Senators Franken, Bennet, and Schumer penned a letter to Facebook CEO Mark Zuckerberg over privacy issues related to collecting the personal data of users. This month, Sen. Franken stepped up pressure on the world's largest network, with support from even more Congressional colleagues.

This time the focus was specifically on "users between 13 to 17 years of age."

"These younger users are the most vulnerable to predators on Facebook and the rest of the Internet and it should be impossible for them to inadvertently share their phone numbers and home addresses with anyone."

And that's not even taking into consideration the users who are younger than 13.