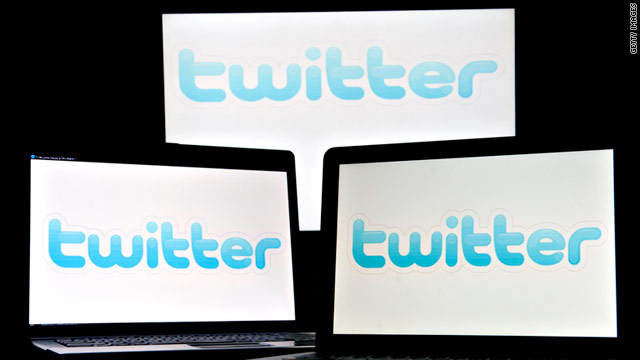 The groundbreaking microblogging site, which has alternately been called a powerful tool for democracy and an emblem of all that's wrong with our short-attention-span digital age, turns 5 years old today.

(For the record, Twitter, on its official blog, describes a message from Dorsey that appears to have been posted a few minutes later, "inviting coworkers," as the first official tweet.)

Since then, the site has picked up about 200 million users, making it one of the most-visited services on the Web.

In honor of its fifth birthday, here's a look at five ways Twitter has changed the digital communication game.

1. Made a fast flow of information faster

It's decade-old news that the internet helps information -- some of it good, some of it Snopes.com rumors -- spread fast.

In the Twitter echo chamber, all it takes is a few users with big follower counts to share something. With one click, those followers share it with their own followers. And the wildfire is set ablaze.

As a result, news spreads faster than ever. Twitter's real-time news flow has been cited as a tool in citizen uprisings in Iran and Egypt and as invaluable for fundraising efforts for crisis situations like last year's floods in Haiti.

But it also means internet hokum can go viral before anyone can put the brakes on it.

No shortage of celebrities have "died" on Twitter, so far. And the casualties will most likely continue to mount.

For as long as the concept of "celebrity" has existed, there have been people paid to keep those celebrities from looking like jackasses in public.

OK, not completely. But musicians, actors, athletes and other stars who have taken to Twitter tend to share a lot more about themselves than most publicists would endorse. (We're looking at you, Charlie Sheen.)

And not just scandalous stuff (although we enjoyed Kanye West's bizarre round of self-flagellation just like everybody else).

Writers share tips and give fans a glimpse at their process. Lots of stars chat with their followers, giving fans unprecedented access. Photos, or even just updates on their everyday lives, let fans see stars in a way they never could before.

The downside? You're liable to realize that at least one of your favorite people has terrible grammar and can't spell.

Twitter's list of 100 most popular accounts is dominated almost entirely by celebrities and traditional media outlets. (We're fond of No. 19.)

But nestled not terribly far below are hundreds of bloggers, podcasters and online journalists who have found a bigger audience on Twitter than they probably would have without it.

When a single tweet puts your thoughts in front of hundreds of thousands of people, you're able to help set the agenda in your community.

With Twitter, nobody has to watch a TV show by themselves again.

There are mobile apps that are tailored for TV, movies and other entertainment. But for real-time chatter, it's hard to match Twitter.

The advent of DVRs and streaming services like Hulu and Netflix was threatening to kill the idea that people needed to watch a show as it aired. But with Twitter (particularly thanks to hashtags), watching a show during air time lets you have a real-time conversation with thousands of fellow fans.

A telling detail? Twitter traffic increases by a factor of 30 whenever "Glee" is on. And during this year's Super Bowl, there were 4,000 tweets sent per second.

Some thoughts just can't be summed up in 140 characters.

For all its ability to provide quick blasts of information, critics have argued that Twitter dumbs down Web conversations that deserve to be fuller and more fleshed out.

Some self-aware bloggers have admitted that since the site emerged, they're more likely to shoot out a couple of tweets on a topic than write a full post.

And more than a few high-profile tweeters have had to come back and explain themselves after a post on the site was misinterpreted -- or just to correct their sloppy grammar and spelling. Sometimes, they make up words).

One flip side of Twitter's increased celebrity access is that it allows politicians and others in the spotlight to fire off tweets without opening themselves up to follow-up questions or having to fully explain their messages.

Remember all the members of Congress who tweeted during President Obama's 2009 economic speech instead of even pretending to pay attention?

When the leaders of a nation are debating important issues the same way we share a link to the latest comic from The Oatmeal, we might have a problem.