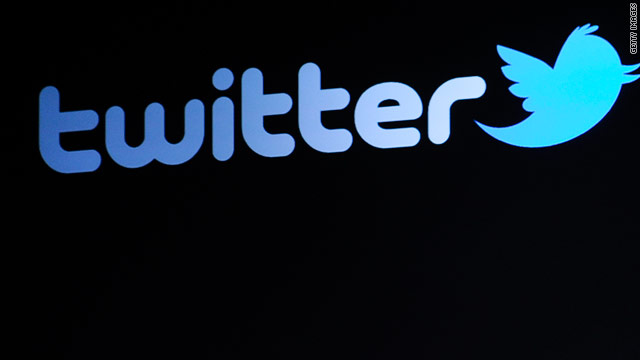 But that short statement proved to be enough to launch a global phenomenon that has launched careers, reunited long-lost relatives, and even, some would argue, topple dictators.

Dorsey has spent the last few days tweeting a timeline of sorts, sharing what he was doing just before the big launch.

On Sunday, he tweeted: "5 yrs ago today, the eve of launching twttr to the company. Moving from @Biz, @florian & me, to all of our peers using it. Nervous. #twttr"

His anxiety certainly paid off.

Since its launch, Twitter has played a role in a wide range of headline-making events, from the Egyptian revolution to Charlie Sheen's battle with CBS.

It's also become a business tool, with many major companies now using accounts to advertise deals and encourage word-of-mouth marketing.

Twitter's importance in communication was made plain during the moments after Japan's earthquake and tsunami this month.

Twitter says it set a record of 6,939 tweets per second immediately after the 9.0-magnitude quake struck on March 11, and 177 million tweets went out as the day wore on.

It took three years, two months and a day for Twitter to get to one billion tweets. The site now averages 140 million tweets a day.

Twitter is a privately-held company, so its finances are not made public. Last month, the Wall Street Journal reported that suitors were valuing it at $8 to $10 billion.