How to reconnect and not be awkward or creepy 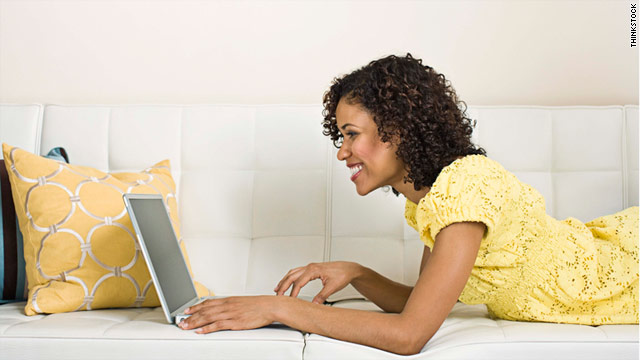 Are you trying to reconnect with old friends, co-workers or ex-lovers?
STORY HIGHLIGHTS
RELATED TOPICS

(CNN) -- Thanks to the scary stalkability we've all given ourselves on the 'net, "Whatever happened to him/her?" has all but toppled out of our dialogue.

If a shadow of the past flits across your mind, and you have an idle moment, say, in the dentist's office amid the smell of plastic and the squeal of drills, you pull out your smartphone, perform a search (heck, with the Google app you just hold it up to your mouth and mumble a few relevant words of caveman speak), and ... voila! Mystery solved.

The trickiness, though, crops up when you decide to actually contact one of these people.

I'm not talking about the former seventh-grade lab partner you idly friended thanks to a "People You May Know" tip-off. No, I speak of the former relations you truly want to reintroduce to your life -- or at least to catch up with in earnest.

We're talking about the people whom, years ago, you'd jump through all sorts of hoops to reach -- calling up a mutual friend, asking said friend to sift through their well-thumbed Rolodex for your long lost friend's number, copying it down and then (gasp!) calling, unexpectedly, to get back in touch.

About 70% of people have used the web for re-knotting old ties, according to a survey from Pew Research Center. You only get one chance to make a second impression. Behold, a few tips for blissful e-reunions with the following bygone buds.

You and Candy Sue used to be so close ... braiding each other's hair at sleepovers, giggling over prank calls to classmates and teachers, sharing a packed hotel room on that bizarre high school band trip to Orlando when Candy Sue's boyfriend got in major trouble for the incident involving cough syrup and late-night shenanigans. But, anyway!

If you aren't already Facebook-ed-ly connected with an old pal, sending a request with a sweet note about how you'd love to catch up is a good bet. That way, when he or she accepts, you can get a life snapshot in a two-minute perusal of his or her profile, and have a million pleasant questions at the ready for your eventual long-awaited phone call or coffee date.

If you're already FB official but haven't spoken in years, pluck her address off the site and send a legit e-mail.

The extra step makes your query feel more genuine and less "I came across your face and am on a boring date, busying myself with my iPhone while this bozo waits in line for the bathroom."

Reaching into your past for professional reasons?

It wouldn't be awkward if you'd kept it up with the (yes, admittedly exhausting) rigamarole of real-life networking -- exchanging occasional e-mails, breaking bread together now and then, sending a pleasant nondenominational holiday card in December, etc.

As it is, though, we all lose touch with the occasional stellar colleague, and rebuilding the bridge needn't feel like a slimy attempt to use the old contact (to mix metaphors galore).

Check out your old work friend's LinkedIn profile; if it says he'd like to be contacted for "getting back in touch," then congratulations, he's asking for it.

A simple LinkedIn connection is fine if you want a passive, place-holding relationship, but if you really want to move things back into the real world, a polite, professional e-mail will do.

If you don't hear back right away, wait at least three or four weeks and patiently follow up. This year, corporate e-mail users will send and receive an average of 192 e-mails per day, according to research firm Radicati, so don't take it personally if yours take a few (spaced out) tries to find solid ground.

Eventually, your understated guilt trip will pay off in spades -- or at least in a comped business lunch.

Let's talk intentions real quick: If you're contacting your former flame because you're (a) bored and hoping he/she might stupidly hook up with you again or (b) with a new partner and hoping some casual chatting will lead to an opportunity to gloat ... gross. Get over yourself.

If you really do feel like it'd be pleasant to hear from that cool girl/guy you dated before you moved and split amiably, well, OK then. (This bears repeating, though: We've heard from our fair share of readers who are freaked out by an ex's insistence on staying in their lives, so tread lightly).

E-mail is your best option by far. (I guess a phone call could also work, but this is a column about social networking.)

Yes, you might even have to go so far as asking a mutual friend for an e-mail address. Don't pour your heart out in an initial missive; just say hello, non-creepily explain why they've been on your mind, and see if they respond.

See, e-mail is noninvasive and its reach is finite; a Facebook friend request begs for a long-term commitment, whereby you'll be popping up in each other's news feeds for years to come, until one of you severs the ties that bind a second time.

And isn't a fear of commitment what splintered your young love in the first place?

Worse still is following an ex on Twitter, particularly if he or she has unprotected tweets.

After the way-out-of-left-field "YOUR EX is following you on Twitter" e-mail, he's left picturing you reading his bi-hourly updates, catching constant glimpses into his life. And blocking you isn't really an option, since the rest of the WWW is free to read his tweets at will.

That's the funny thing about the web: We love imagining that our friends and interested strangers are eating up our every word; we also like to pretend that privacy will magically settle in a veil over the random unsavory characters of our past and present.

Neither thing is true, but the only way to figure out which camp your target will put you in is to stick out your hand and hope it gets a friendly shake back.