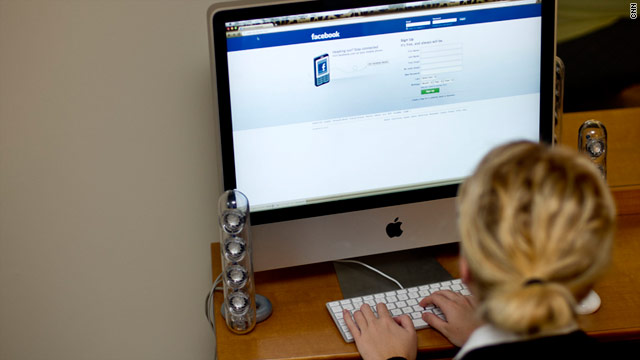 Students in a study who spent time with their Facebook profiles showed higher self-esteem than those who didn't.
STORY HIGHLIGHTS
RELATED TOPICS

(CNN) -- Feeling a little down on yourself? Just check Facebook.

A new study suggests that spending time with the online you -- the one with the hundreds of friends, the witty status updates and all the unflattering photos untagged -- might help your self-esteem.

Researchers at Cornell University, who conducted the study, say looking at Facebook, where we all tend to put our best digital foot forward, appears to provide a quick ego boost.

"Unlike a mirror, which reminds us of who we really are and may have a negative effect on self-esteem if that image does match with our ideal, Facebook can show a positive version of ourselves," said associate professor Jeffrey Hancock. "We're not saying that it's a deceptive version of self, but it's a positive one."

Hancock is the co-author of "Mirror, Mirror On My Facebook Wall: Effects of Exposure to Facebook on Self-Esteem." The report was published February 24 in the peer-reviewed journal "Cyberpsychology, Behavior and Social Networking."

In the study, 63 students were left alone in a university lab at a computer. The computers were either turned off or showing the student's Facebook page. Some of the computers that were turned off also had a mirror propped against the screen.

Those who were on Facebook were allowed to spend three minutes reviewing their page, then all of the students were given a questionnaire to measure their self-esteem.

The students who were on Facebook gave more positive feedback about themselves than the other two groups, according to the article. Those who had made a change to their profile gave themselves the highest marks.

"For many people, there's an automatic assumption that the internet is bad," Hancock said. "This is one of the first studies to show that there's a psychological benefit of Facebook."

Some, including some members of the psychology community, say that Facebook also can lead to troublesome behavior. Some therapists say they've seen clients who display addictive behavior toward the site.