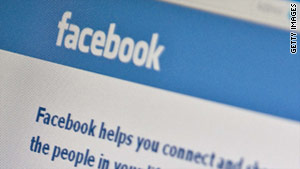 Facebook is expanding its relationship status options to include civil unions and domestic partnerships.
STORY HIGHLIGHTS

In a gesture of inclusiveness aimed at the gay community, Facebook on Thursday added "In a civil union" and "In a domestic partnership" to its official list of relationship statuses.

Facebook did not immediately respond to a request for comment, but a gay rights group, which announced the change, cheered it.

"By acknowledging the relationships of countless loving and committed same-sex couples in the U.S. and abroad, Facebook has set a new standard of inclusion for social media," Gay & Lesbian Alliance Against Defamation president Jarrett Barrios wrote in a statement.

Barrios said that GLAAD and several other gay-rights groups met with the company to push for the change.

The option is now available for Facebook users in the U.S., Canada, the United Kingdom, France and Australia, the group said.