Only about half of smartphone owners use phone's GPS for directions 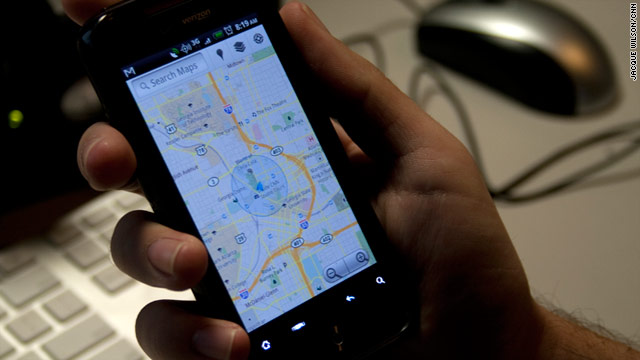 Only 55% of U.S. smartphone owners have used their phone's GPS to help get local directions.
STORY HIGHLIGHTS
RELATED TOPICS

Editor's note: Amy Gahran writes about mobile tech for CNN.com. She is a San Francisco Bay area writer and media consultant whose blog, Contentious.com, explores how people communicate in the online age.

(CNN) -- Virtually all smartphones now include a built-in GPS receiver to enable location tracking, but only 55% of U.S. smartphone owners have used their phone's GPS to help get local directions or recommendations.

That's according to new research from the Pew Internet and American Life Project. Only about 35% of U.S. mobile phones are smartphones, and the survey found that overall, just 28% of U.S. adults actively take advantage of location-enabled services on their phones.

Pew examined three basic types of location-augmented activities: general location based services, such as getting maps, directions, or recommendations based on your current location; geosocial services, such as Foursquare or Gowalla, where you "check in" to a location; and social media that allow you to automatically add your location when you post a status update, such as Twitter or Facebook.

According to Pew, "Taken together, 28% of U.S. adults do at least one of these activities either online or using their mobile phones -- and many users do several of them."

Earlier Pew Research found that U.S. Hispanics are especially likely to do advanced activities with their smartphones. This new study shows that for locative services, Hispanics are both ahead of and behind this curve.

Social media that rely on "check-ins" such as Foursquare and Gowalla still are not hugely popular. According to Pew, only 12% of smartphone owners have used such services.

Pew also found that 14% of people who use social media have set up their account to automatically include their location in their posts. Considerably more men (19%) do this than women (10%). And surprisingly, a slightly higher percentage of social media users aged 50 to 65 (16%) do this than those aged 18 to 29 (13%).

Who is most likely to automatically geotag their social media updates? Hispanics (31%), people with an annual household income of less than $30,000 (25%), and people whose education went no further than high school (23%).

I was intrigued that only 55% of U.S. smartphone owners have used their phone's GPS to help get directions (through apps like Google Maps or Bing) or recommendations (through services like Yelp).

Pew did not speculate, but it's odd that nearly half of people who shell out the considerable extra up-front and monthly cash that owning a smartphone requires would never use such basic locative features at all.

One partial explanation might be that most smartphones have pretty bad battery life -- so a common way for smartphone users to stretch out their power usage is to leave GPS turned off when it's not specifically needed.

For example, I typically leave my Droid Incredible's GPS off unless I'm using maps or turn-by-turn navigation. Even though I often use Yelp to get local recommendations, I find that cell phone tower triangulation (which does not require GPS) is generally sufficient to find what I'm seeking nearby.

The opinions expressed in this column are solely those of Amy Gahran.