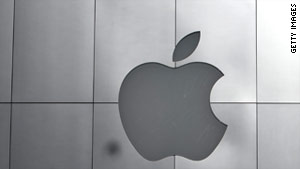 San Francisco (CNN) -- Police here have opened an investigation into the search of a man's home by Apple employees, an official said Wednesday.

San Francisco police were flooded with inquiries and barraged with criticism after releasing a statement on Friday saying four officers had aided Apple, which sent two of its security officials to search a man's home for a "lost item."

At the time of the search last month, Apple declined to file a formal report with the police. Apple did not find the device at the man's home, police said.

The item they were looking for was a prototype for the next iPhone that was lost in a bar, according to CNET, making this the second time in as many years that an Apple employee has lost a prototype while out for drinks. CNET reported earlier Wednesday that the police had opened an investigation.

Lt. Troy Dangerfield confirmed that police are now investigating the case, but he declined to comment further, citing a policy that prohibits officials from discussing open investigations.

"It's not something we can just let pass," Dangerfield said.

Police officials said they were unable to confirm until Friday that a search had taken place because those involved did not file paperwork, at Apple's request.

A man told the publication SF Weekly last week that he consented to a search of his home when the people arrived and identified themselves as police. He reportedly said it wasn't clear that the pair searching his home were Apple employees, not police; he also told the publication he would not have authorized the search if he had known.

Misrepresenting oneself as being a police officer is a crime, but police are allowed to mislead suspects, said Rebecca Lonergan, a former federal prosecutor who now teaches at the University of Southern California's law school.